There seems to be no hiding place for Mrs. Faith Turduo Martins, the Managing Director of Mainstreet Bank Plc, over the recent sack of 670 staffers of the financial institution.

Having, failed to appear before the House Committee on Banking and Currency, headed by Hon Jones Chukwudi Onyereri, it has threatened to arrest her if she fails to appear before it on Wednesday, October 2, in Abuja. Martins, was investigated by the lower chamber of the National Assembly for allegedly sacking 670 members of staff of the bank without due process and the affected workers had to run to the law makers to intervene in the matter.

A source close to us revealed that Onyereri fumed when Martins did not show up, but sent a proxy in person of Anojwi Anyanwu, to represent her. We were informed that Onyereri threatened to issue a bench warrant on Martins if she fails to appear before the committee next week Wednesday to explain the circumstances behind the lay-off of the 670 bank staff. Speaking on behalf of the sacked workers, Eyo Usanga, said the management of Mainstreet Bank didn’t follow the bank’s laid down rules before dis-engaging them. He therefore urged the House of Representatives to force the bank to pay them their terminal and other benefits 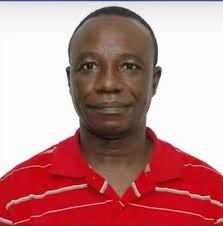