Powerful minister forced out of office on the heels of myriads of controversies, Ms Stella Oduah is attempting a comeback.And insiders revealed the first step of the on going plot is a gauge- and correction of the phenomenon that orchestrated her sack, public acceptance.Oduah was formerly the Aviation Minister.  Celebrated cases of outrageous purchases, particularly for alleged personal comfort  and discovery of falsification of educational qualification  (against the backdrop of major air mishaps) transformed her into public enemy. And there were vociferous chants for her sack.

And despite strong ties to the presidency, the government severally villified over competence issues was forced to relieve her off her appointment- but in doing so, safeguard future appointment for one of it’s own by ensuring the sack does not affect her professional record.The controversial minister was dropped along with others pursuing political ambition that warranted their leaving office in early February (2014).Societynowng.com had reported back then that the move was to appease a ‘frenzy’ public clamouring for her sack- and the arrangement with the tainted minister was for her to go low profile for public emotions to cool off and she would be re integrated back into the system, in another guise.The minister had totally gone off the radar- maintaining absolute low profile.But barely three months after, Oduah is back. And interestingly she is staging a return to public consciousness by receiving awards for performance in office!One of the major allegations against her was purchase of armoured luxury vehicles at gargantuan prices for personal use- and outrageous spending outside budget provisions. The latest in the list of her growing ‘honours’ was bestowed by the Lagos state chapter of social cultural group, Ogbako Ndigbo.And according to the organisers, the aknowledgement of the ex minister – whose regime was riddled with multiple scandals – was ‘in recognition of her immense contribution in transforming the aviation sector into world-class standard’.To give credibility to the award, the ousted minister was not recognised alone, she was honoured alongside known names such as  Immediate past governor of Anambra State, Mr. Peter Obi, former Chief of Naval Staff, Admiral Dele Ezeoba,  Managing Director/CEO of Fidelity Bank Plc, Mr. Reginald Ihejiahi, former Managing Director of Nigeria Liquidfied Natural Gas (NLNG)  Chima Ibeneche  and others.Insiders however analysed the flurry of recognition for Oduah as moves aimed at gauging level of public interest in Oduah’s return.A barometer that would help behind the scene string pullers to determine where Oduah would perch next in the corridors of power.An digs conducted by societynowng.com revealed with national attention focused on insecurity as defined by the activities of insurgent group, Boko Haram it appears the perfect period for Oduah and her handlers to perfect their agenda.And they appear to be gaining ground by the day.

Check www.societynowng.com for other details

Bayelsa: Nigeria Under Buhari Is Becoming A Shame – Fayose 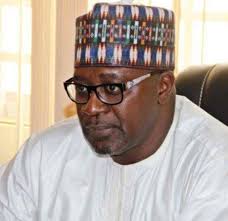