Nigeria’s biggest pastor, David Oyedepo, the owner of Winners Chapel, also known as Living Faith Church World Wide, the richest pastor in the country, with a net worth of over 150 million dollars is believed  to have constructed the entire  Covenant University campus based on occult, masonic symbols.

The symbols were captured by  bloggers via internet Google-earth satellite imagery of his establishment
Isis Egyptian goddess symbols, 66, star of David, $ symbol, Baphomet ram god, and more symbols can be observed by simply googling ‘Covenant University,’ and clicking on and expanding the Google map.

Covenant University is located in Canaan land in Ota, Ogun State in Nigeria and is a Private owned Christian University. According to Wikipedia, it is a member of the Association of Commonwealth Universities. The University describes itself as an institution that makes new leaders.

David Oyedepo studied in the United States during his younger days. He got a Ph.D from the Honolulu University, Hawaii in Human Development. It is common place for “Illuminati” agents in Africa to have passed through college in the United States, during which time it is proposed that they got indoctrinated.

In December 2012, the University was in the news for reportedly expelling 200 students for not attending Church service.

Bishop Oyedepo has also been in the news for his quality lifestyle, owning private jets, “Dominion Air,” and got into many Nigerian blogs’ hall of fame, for openly slapping a lady in his Church and eventually won the case when dragged to the law court.

These pictures say it all. 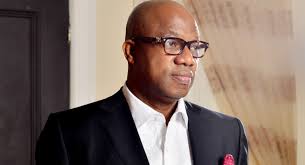