Tukur faction said a dinner organized for Sunday will be the “final chance” for Baraje group.

Former Nigerian presidents, Olusegun Obasanjo and Ibrahim Babangida, on Friday, formally stepped into the crisis that has split the Peoples Democratic Party into two factions, but failed to bring the two warring sides to an agreement after hours of talks at the Transcorp Hilton, Abuja.

Messrs Obasanjo and Babangida, along with the PDP Board of Trustees chairman, Tony Anenih, two former national chairmen of the party, Barnabas Gemade and Ahmadu Ali, met with the Bamanga Tukur led PDP, as well as the Abubakar Baraje faction.

Reflecting the tension the weeklong crisis has generated, the two sides did not meet face to face, but occupied separate halls in the hotel, leaving the Obasanjo negotiation team shuttling between them throughout the five hours duration of the meeting.

While the Bamanga Tukur-led PDP stayed in Benue hall, the Baraje group was at the Kaduna hall.

Mr. Obasanjo admitted there was a “family dispute”, and added that his team had intervened to “stem the tide of the party going to the brink”. He said they had listened to both sides but no decision had been taken.

“We, as select elders of the party, are concerned and we have taken it upon ourselves to prevent the worst from happening to our dear party,” he said.

“And I want to say that we have met with the two sides of the family. We have listened to them and of course we are going to put our heads together and go on from there.”

Some supporters of President Goodluck Jonathan accuse Mr. Obasanjo of being behind the party’s crisis that saw the Baraje faction walk out of the party’s special convention last Saturday.

Presidency sources have also narrated to YemojaNews how the president stormed out of reconciliation meeting on Sunday, after accusing Mr. Obasanjo of masterminding the crisis.

Meanwhile, the Tukur-led PDP, which has the backing of President Jonathan, is organizing a post-convention dinner on Sunday and expects the “rebel” members to use the event as their last opportunity to retrace their steps or be fired from the party.

Officials of the party told YemojaNews that despite the divisions, invitations have been extended to the seven governors and several lawmakers who make up the Baraje faction.

The Baraje-led members stand to be expelled from the party if they fail to mend their ways after the dinner, our sources have said.

The event is slated for Sunday at the Transcorp Hilton Hotel Abuja.

Mr. Tukur had while addressing a Press Conference on Wednesday described members of the Baraje faction as impostors, and also hinted that they stand the risk of being arrested by security agents.

He also threatened that, officials elected under the platform of the party, who also support the faction may lose their positions.

However, the chairman of the party’s Board of Trustees, BoT, Tony Anenih, issued a statement on Thursday, calling for a truce by the two factions, while also advising them to stop making inflammatory statements.

APC Primaries: How Results Were Forged in Epe Federal Const 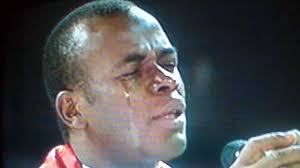 ‘Don’t Contest For Second Term, You Will Be Disgraced!”- Mbaka Warns Buhari