The name Kola Aluko must have rang a bell in recent time. What perhaps not too open is his dialliance with the petroleum minister, Diezani and special relationship with favoured Jide Omokore who has virtually bought major interest in the oil industry. The two are alleged to be the major contacts of the minister who have been accused to have been nominated to buy off the government refineries. If the story of Jide is well known as a major financial supporter of PDP, the story of Kola is the one who has chosen the lifestyle of celebrity to enjoy his life, after all, he has got enough of dough to throw and service the lifestyle

The New York Post, a popular US based tabloid has reported how a Nigerian oil, gas and aviation tycoon, Mr Kola Aluko spent about $1.5 million in a few hours at Leo DiCaprio’s star-studded birthday bash.

According to nypost.com, the Multimillionaire businessman Aluko, a co-founder of the Made In Africa Foundation who was recently seen lunching in Paris with Naomi Campbell, was among a group of wealthy businessman who bought bottle after bottle of champagne at DiCaprio’s 39th birthday party at Tao Downtown that night.

The report said, Mr Kanye West was paid $100,000 by DiCaprio, personally, to perform.

The actor raised more than $3 million on the night for his charity the Leo DiCaprio Foundation by adding a hefty fee on top of all the bottles, plus donations from his wealthy friends.

One guest told us, “The party was wild  wall-to-wall models. There were probably 20 girls to every guy. Leo started the night with a dinner in a private room and then joined the party around midnight.

“Danny A, who hosted, would get on the microphone and announce who placed the champagne order and for how much, .?.?. then a train of 100 bottles would come out with sparklers and girls dressed in burlesque [outfits].

Kola Aluko may have spent up to $1.5 million in one night.”

Danny A is the guy who famously fell afoul of George Clooney by “talking [bleep]” during a basketball game while on Leo’s team.

Our spy reports, “2 Chainz performed, then Kanye surprised Leo and performed a full show of about 10 songs with DJ Jus-Ske including ‘Clique’, ‘Good Life’, ‘Power’ and ‘All of the Lights.’ Kim Kardashian was singing along.”

The guest added, “Leo and girlfriend Toni Garrn were front-row for the entire performance, dancing and kissing.”

Kola Aluko, the oil magnate who shot to wealth and acclaim in the wake of his romantic relationship with beautiful Diezani Allison-Maduekwe, Nigeria’s petroleum minister, is an energy and aviation tycoon, founded Fossil Resources in 2001 and turned it into a formidable force inside the Nigerian energy sector. A passionate car racing enthusiast, Aluko has competed in major European races with the Swiss team Kessel racing. In June 2012, he reportedly purchased two ultra-modern luxury estates in Beverly Hills at $40 million. In December 2012, Aluko stepped on to the podium at Rome’s Vallelunga circuit to celebrate third place in the Endurance Champions Cup. It was a defining moment in his motor racing career as he stood next to one of his idols, former F1 driver Giancarlo Fisichella. The race at Vallelunga was the fourth and final race of the Cup, which was won by Fisichella and Italy’s AF Corse. Aluko’s Kessel Racing team, with co-pilots Thomas Kemenater and Maurizio Mediani, were consistent throughout the six-hour race which is as much a feat of endurance as of skill.

Aluko is one of a handful of black racing drivers driving change in the perceptions of a traditionally white and Asian sport. He is on the board of the Nigeria FIA and recently hosted FIA President Jean Todt as he made a two day visit to Nigeria to investigate the possibility of bringing motor racing to the country.

Aluko owns Kessel Racing’s Ferrari 458 GT2 and has previously competed in the Winter Series GTOpen in Montmelo Catalonia, Spain “It is a way to take my mind off everything else,” he considers.

He currently races out of his base in Lugano Switzerland, where Kessel Racing is also located. There he stores his collection of race cars and classic cars. They include classic cars from the 1960s like a California Spider and a 250 Luso, a Ferrari Dino and others like the Aston Martin DB5, thoroughbred Ferraris like the 2GO, the F40, the F50 and the Enzo.

“Obviously I can’t drive all the cars but the guys who look after them are professionals,” he says. “My cars are my passion and an investment, mostly they go up in value but I do drive them.

“The Maserati MC12 racing car was one of only nine built and has won championships in the past. I have the F1 car from 2008 driven by Kimi Raikonnen and tested by Michael Schumacher, a Goldwing SL from the 60s. They are better investments than a lot of other things.”

“If you look inwards and try to focus on the best you can do; if you are the sort of person who always challenges himself, then you are so far ahead of the others and the game. You can only do as best as you can. That is something I have got from racing.” His name is a door opener around the world. Imagine a ‘lifestyle institution’ like ‘Harrods’ speaking ones name with a smile on their lips, ever ready to acknowledge he shops at their store. We hear he is one of the ‘biggest spenders’ in Harrods. Imagine the top manager of a Ferrari franchise asking in curiosity how special is the name ‘Kola’ , because one of their special friends/customer is Kola Aluko. Another ‘Kola’ not him, had gone to buy a Ferrari, eliciting the curiosity. For one to better appreciate how legendary the guy’s car collection is, we heard a special coffee table book was published to celebrate those cars, just like it was done for Ralph Lauren’s cars collection.

Aluko’s love of cars transcends the trope of obsession or ordinary fleeting fascination. His vehicles garages in his palatial mansions across the world stocks the best of state of the art automobiles. He is also an avid Formula 1 enthusiast; some say he has over 20 plus racing cars for his own F1 Team. Besides cars, the Nigerian energy and aviation tycoon betrays a love for expensive timepieces. Sources close to him claim that his wrist watch collection is to die for; he has a particular one that cost him a whooping $1 million.

The highflying entrepreneur believes that the home depicts the quality of soul possessed by a man hence his acquisition of choice apartments and mansions in the most highbrow areas across the world. He owns expensive and tastefully furnished homes in the most exotic locations including Monaco, Spain, Los Angeles, New York in United States of America, London, United Kingdom to mention a few. His home in New York, USA is said to be located at one of the most luxurious and most expensive flats in the world with a super spectacular view. The one in at LA mansions in Beverly Hills, is said to be on a hill all by itself and it is padded by the best of designer home stuff one can imagine. The apartment cost him about $40 Million dollars.

He once flew in a renowned diamond jeweler from New York, USA and commissioned him to build a $2.5 million diamond collar for his second wife, Teni Edu. He had seen the same necklace on one of the Trumps and had asked for it, but since they didn’t have it for retail sale it had to be built for madam. So jeweler was flown in on Kola’s jet, madam’s neck was measured and then collar was later delivered made to measure.

At Kola’s birthday at one of his private homes in Los Angeles, California last year, the party was hosted by 2 of the best pop icons in the US, in the persons of Jay Z & P-Diddy. Both stars were the ones that sent out the invitations for the party.

Whenever Kola visits his favourite joint, 1 Oak, it’s like the late Michael Jackson has come to bless the joint with his distinguished presence. We hear that the owner waits to come to take him in, and remains at his beck and call all through, while the spotlight is focused on him and his guests till he leaves. He is probably one of their most valued customer. Like someone said and we quote ”he is the most interesting black character he has come across in a long while”. Kola supposedly single handedly sponsored Kanye West’s Paris Fashion sometime ago.

One other very interesting thing about Mr. Aluko is that he loves the Scandinavians a lot. Especially the Swedish.

Kola recently joined the rarefied league of owners of the most expensive yachts in the world. Atop this pile is a boat known as History Supreme or Baia Supreme, said to be around $4.5 to 4.8billion Dollars and owned by Malaysian businessman, Robert Kuok, there’s Roman Abramovich’s $1.5billion Eclipse and many more, but Kola Aluko’s Hessen built Galactica Star valued at $100million is most probably the most expensive boat owned by a black man. The humongous boat even very recently won at the Monaco Boat Show 2013.

The Galactica Star super yacht is 65 meter long of super luxury. The yacht in September of this year won 3 prestigious awards at the Monaco Yacht Show- Best Yacht design, La Belle Classic Crest & finally a Baccarat Crystal Sail Trophy presented by HSH Prince Albert II of Monaco, for winning the Prix du Design which is giving for the Most Innovative, Elegant & Distinguished design at the Monaco Yacht Show. Kola frolics about town with controversial former American runway queen, Naomi Campbell. Since Campbell broke up with her billionaire boyfriend, she hasn’t been seen in suggestive poses with any man until her recent dalliances with Kola Aluko. 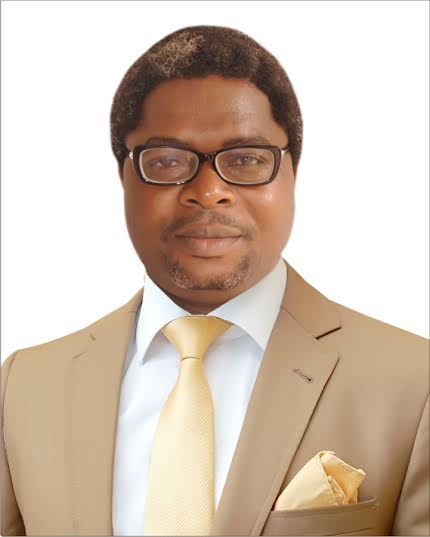 Nigeria’s economy has no direction under Buhari – Experts