The singer/apostle/prophet recently publicly announced that he was now a born again christian and that the ‘Soule Baba you guys knew is no longer the same’. Soul E, recently married his longtime Abuja-based banker girlfriend Petula Delinda in Delta State on Thursday January 2nd, years after ending his union with ex-banker and singer, Queen Ure who also recently announced she is now a pastor. 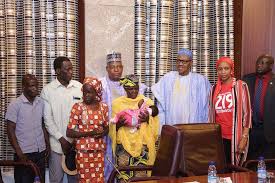 “The Army Abandoned Me In An Abuja Hotel And Dont Know Where They’ve Taken My Sister And Mother”- Brother Of Rescued Chibok Girl Cries Out!