Every celebrity needs a back up business to still be relevant, that is why so many of them go into business but most of them don’t seem to work out as planned, just Last year, Fuji star, Saheed Osupa had gone into the beauty business, with the opening of his spa and salon located at The Shoprite, Adeniran Ogunsanya Street, Surulere, Lagos. But seven months after the commencement of its business operation, the spa has been shut.

This was confirmed by close Sources who disclosed that the spa folded up as a result of bad management. It was gathered that Osupa handed over the management of the outfit to one of his friends, a certain Lambe. Obviously, spa business was not Lambe’s turf, and he soon began to record a litany of abysmal performances in the running of the outfit.

His problem was heightened when he entered into supremacy contest with Osupa’s youngest wife, who was also working at the place in management capacity. Eventually, Lambe lost out and was replaced by Osupa’s wife, who eventually supervised the death of the beauty parlour.

It was gathered that the spa, which is now under lock and key, owes several thousands of naira in service charge to the management of Shoprite branch in Surulere. 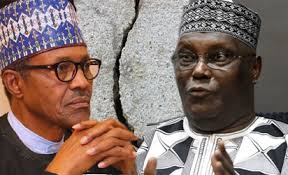 Edo Guber: Dangote Did Not Endorse Anyone