Ikuforiji and Atoyebi are being prosecuted by the Economic and Financial Crimes Commission for 54 counts of money laundering charges.

The charges  comprise allegations that the accused persons received over N600m from the Lagos State House of Assembly between April 2010 and July 2011, without passing through a financial institution.

Justice Ibrahim Buba had, on December 2, 2013, adjourned till Tuesday for the first prosecution witness, Mr. Adeniyi Adebayo, to continue his testimony. But the matter was adjourned following a request by Olanipekun for time to study the file.

Olanipekun, a former President of the Nigerian Bar Association, took over  from Mr. Tayo Oyetibo (SAN). Though Oyetibo was absent from court on Tuesday, he was said to remain a part of the defence team.

Olanipekun told Justice Buba on Tuesday that he had just been briefed about the matter and as such he would need time to study the file, part of which he said was just served on the defence on Monday.

Olanipekun said, “I’m faced with a motion of documents some of which I learnt were served on my colleague yesterday and were passed to me this morning (Tuesday).

“I have no alternative than to soberly request an adjournment so that I will study the file and review it and see how far I can assist the course of justice.”

The prosecuting counsel, Chief Godwin Obla (SAN), did not  oppose the application for adjournment.

Lead counsel for Atoyebi, Mr. Tunde Akinrimisi, also did not oppose the application.

Buba then fixed the matter for March 17 and 18 for continuation of hearing.

EFCC’s first witness, Adebayo had commenced his testimony on November 21.

At the continuation of his testimony, Adebayo  narrated to the court how Ikuforiji and his aide allegedly collected millions of naira in cash from the House under various headings.0

He said the sums of money collected from the House of Assembly was above the treshold of cash transaction stipulated by the Money Laundering Act.

The EFCC said the alleged offence contravened Section 18 (a) of the Money Laundering (Prohibition) Act 2011. 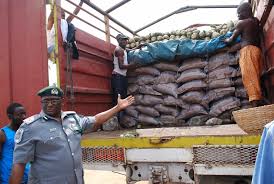 US To Distribute 6.4 Million Covid Vaccine Doses In First Tranche