When American singer, Tyrese, shared a photograph of his collection of expensive wristwatches on the social media on Wednesday, little did he know that the gesture would attract a rash of reactions in Nigeria.

Apparently in an attempt to make a case for Nigerian artistes who have often been criticized for showing off their prized possessions online, ace comedian, Atuyota Akporobomerere, aka Ali Baba, reacted to Tyrese’s post.

In his comments, which were also published on Lindaikeji. Blogspot.com, Ali Baba argued that it is an age-long custom among Nigerians to show off their material acquisition to other people.

He said, “Everyone shows off. You work hard to show off. When you take a graduation picture and post it, there are millions of people who could not sit for JAMB exams. When you are celebrating your baby dedication, there are women praying for fruit of the womb. When you tell everyone how you got a great job, many others are dying at stadia across the country. For me I see it as a source of inspiration to others. It doesn’t mean you are showing off.”

The popular stand-up comedian blamed the Nigerian society for driving artistes to the point of showing off their wealth on social media.

“In my 25 years in show business, I have seen many stars rise and fall. We are still going to see that happen in the next 25 years. That said, the yardstick used for measuring success differs from person to person. Depending on what they have gone through. For instance, if I am travelling by air and the flight is for only one hour, I do economy class. Now, some people may think because I am travelling in economy class, it means that I am broke.

“Similarly an artiste is torn between giving his fans the impression that he is making progress or not. On the other hand, if the artiste doesn’t show off, the fans are fed stories about other artistes living the life. So the artiste is on a long thing in the end. Finally, much as I agree with many people in need and not rubbing affluence in their faces, celebrating success should be seen as an inspiration to those working hard,” he said.

Reacting to Ali Baba’s comments in an interview with our correspondent on Thursday, singer Paschal Ejikeme, aka Et Cetera, urged fellow Nigerian artistes to desist from posting pictures of their properties on the social media because of the raging security crisis in the country.

Noting that Nigerian artistes who post pictures of their properties online might end up drawing the attention of hardened criminals, especially kidnappers, to themselves, he said, “I think that artistes who are in the habit of posting expensive items on social media should tread carefully because of the present situation in the country. If they continue to do this, they might be asking for trouble. Also, artistes, who prefer to have their names on the licence plates of their cars, had better watch it. If their colleagues in the United States do these things, it doesn’t mean it is okay to do so in Nigeria.”

But, two other popular singers, Adokiye and Dr. Sid, do not see anything wrong with showing off on the social media.

Arguing that posting pictures of expensive items is also a part of entertainment, Adokiye says, “I really don’t think it is wrong to do this. The trouble with Nigerian fans is that they don’t appreciate whatever our artistes do in this country. The moment an artiste shows off his possessions online, it becomes an offence. I think it is wrong to criticize other people for sharing their happiness on the social media.”

Also, Dr. Sid advised those who do not like what artistes post on their tweeter or Instagram pages to unfollow them. “Whatever anybody posts on social media, they do at their own discretion. I don’t see how it should be a problem to other people. If you don’t like, the best thing you can do is unfollow them,” he says. 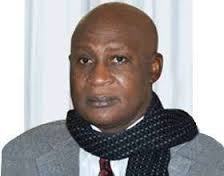