Angelina Jolie is to be given a prestigious humanitarian award for her “impassioned” campaigning work.

The Jean Hersholt Humanitarian Award is an honorary Oscar handed out by theAcademy of Motion Picture Arts and Sciences.

Jolie, who won the best supporting actress Oscar in 2000 for her role in Girl, Interrupted, has been an “impassioned advocate for humanitarian causes, travelling widely to promote organisations and social justice efforts”, the Academy said.

The actress, who announced in May that she had undergone a double mastectomy to reduce her high risk of breast cancer, has staked out a career “at the nexus of entertainment and philanthropy”, it said.

Jolie has worked for advocacy groups including the Council on Foreign Relationsand was named a special envoy for the United Nations High Commissioner for Refugees (UNHCR) in 2012.

Jolie’s spokesman said: “Angie feels very honoured to be recognised by the Academy for her humanitarian work.”

The award is given “to honour extraordinary distinction in lifetime achievement, exceptional contributions to the state of motion picture arts and sciences, or for outstanding service to the Academy”.

All four awards will be presented at the Academy’s 5th Annual Governor’s Awards on Saturday, November 16.

The 2014 Academy Awards will be held on March 2 next year. 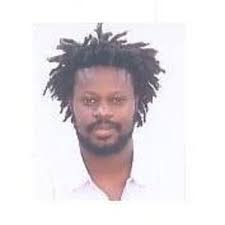 Emir Of Katsina Marries Off Christian Teenager To Her Abductor Without Parents’ Consent!