The crew, comprising a reporter, Peter Falomo, and cameraman, Lekan Egunjobi, had gone to the church’s premises to cover the serving of building inspection notices on the church by officials of the Ministry Of Urban and Physical Planning when they were attacked.

The journalists were severely beaten. Their camera was damaged and subsequently seized before it was released after the recording on it had been wiped off.

Aside from the television crew, two officials of the Ministry were also injured by the irate church members who prevented the team from entering the premises.

Ironically, the assault meted out to the crew was said to have been witnessed by the Head Pastor of the church, Timothy Oyedepo, who was equally visibly angry by the officials’ attempt to carry out their statutory duties on his church premises.

Mr. Oyedepo, at some point, according to sources, uttered unprintable words while querying the effrontery of the state officials to attempt to regulate the building of structures for commercial purposes on the church premises.

However, it was reliably gathered that, earlier, before the assignment, officials of the Ministry of Urban and Physical Planning, accompanied by policemen had, following the previous day’s similar assault of their counterparts in the OGIRS, made a report of their planned visit to the Winners Chapel premises at the Divisional Police Station, Onipanu, Ota.

The injured journalists and other wounded officials were treated at the General Hospital, Ota, and subsequently discharged. The incident has also been reported to the police.

The General Manager of Ogun State Urban and Physical Planning Board, Stephen Adewolu, who was part of the team that was molested in Ota, while reacting, expressed shock at the lawlessness displayed by the Winners Chapel members and their leaders.

“No organisation can carry on as if it is above the law. We have information that the people in that church are just building structures indiscriminately without building approval, without necessary environmental impact assessment reports and they are violating planning laws and regulations. We only went there to serve statutory notices on the on-going building development and they are behaving as if the premises of the church is not covered by the laws of the state in which it is located,” he said.

“The incident led to the hospitalisation of one of the officials while others sustained minor injuries. The state government has directed its Ministry of Justice to study the facts on the two incidents with a view to taking appropriate legal measures.

“Also, officials of the Winners Chapel had shunned meetings of the Stakeholders Forum established by the state government for representatives of organisations located in the state to deliberate with the government on issues of common interest.”

When contacted, Ogun State Commissioner for Information and Strategy, Yusuph Olaniyonu, confirmed the attack, adding that a report had been made to police.

“The government reiterates its commitment to its philosophy of one law for everyone in the state and that any harassment or intimidation of its officials and agents in the course of discharging their statutory duties will be seriously viewed,” he stated.

Meanwhile, efforts to get the reaction of the church have been unsuccessful; as no official would comment. The church is also yet to react to the earlier attack by the school, located within the church premises, on the tax officials. 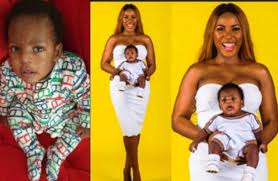 Another Beautiful Woman Got Dumped Because She Refused Polygamy