Following rumours that he died after engaging in sexual intercourse with an unnamed woman, the family of late Ondo legislator, Raphael Nomiye, have spoken out on the true cause of his death.

Jackson Nomiye, younger brother to the deceased, reportedly said that investigations as to how his brother died have revealed symptoms that pointed to hypertension.

The younger Nomiye said his brother’s domestic staff informed him that the lawmaker slumped while he was preparing to take a bath and that the rumours that his death was caused by sexual activity or “Magun” were false.

Hon Nomiye, the lawmaker representing Ilaje/Ese-Odo Federal Constituency under the platform of the Labour Party (LP) in the Lower Chamber of the National Assembly, was said to have slumped and died in Abuja, the Federal Capital Territory (FCT) Friday night, but there were insinuations yesterday that the man contracted ‘magun’ while making love to a lady.

Jackson who spoke on behalf of the family said there was no iota of truth in such a report, adding that the delegation of the family from Ondo state would arrive Abuja today (Monday) to see things for themselves and arrange for his burial.

He described as mischievous any report indicating that the bread winner of the family died of magun, when in actual fact, he slumped and died in the presence of his domestic staff.

He warned that the family would not take it lightly with anybody or group of people trying to play politics with the death of the deceased legislator, which he described as very painful and shocking.

According to him, “We’ve spoken with his Personal Assistant (PA), his cook and others who were present at the scene of his death and all they said was that he slumped and died. So what else does anybody want from this unfortunate incident?

Meanwhile, the Federal Capital Territory (FCT) Police Command has said it did not confirm the death of a member of the House of Representatives, Hon. Raphael Oloye Nomiye, after a love-making session with a lady banker said to be his accounts officer, saying it is still investigating the incident.

The Command Spokesperson, Altine Daniel, who spoke to LEADERSHIP frowned at the report by a newspaper (not LEADERSHIP), which she said amounted to drawing conclusion on an incident that is still being investigated. The paper had reported that a member of the House of Representatives from Ondo State died in the early hours of last Saturday after what security sources said was a sexual affair with a female banker in his private residence located at Gwarimpa Estate in Abuja.

“We are investigating the death of a member of the House of Reps. We do not know whether he died after having sex or not. Investigation is still going on”, Altine Daniel stated. Asked why a lady is being detained in connection with the lawmaker’s death if the police are still not sure of the likely cause of the victim’s death, her phone went dead.

Dangote Emerges As The Most Admired African Brand 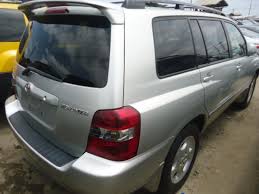