Those who know Senator Ganiyu Solomon will attest to the fact that he is not a very patient man.

The senator representing Lagos West constituency, was the cynosure of all eyes on Sunday, September 22, when he stormed out of a society party, which held somewhere in Ikeja, Lagos State. Senator Solomon, who arrived the party in a gay mood, wearing sky blue attire, became agitated after he was asked by the organisers of the bash to stand in for the chairman of the event, who had not come to the party as at that time.

Having delivered his speech, stating that he was an impromptu chairman, Solomon descended the stage, and walked out of the venue.

We were informed that the senator was angered by certain comments made by some guests when he was delivering his speech.

However, his excuse was that he had another meeting to attend. Guests and party stalwarts of the All Progressives Congress (APC), who rushed to him, in an effort to convince him to change his mind, were rebuffed by his alleged stern words, as the adamant senator walked away from the party. 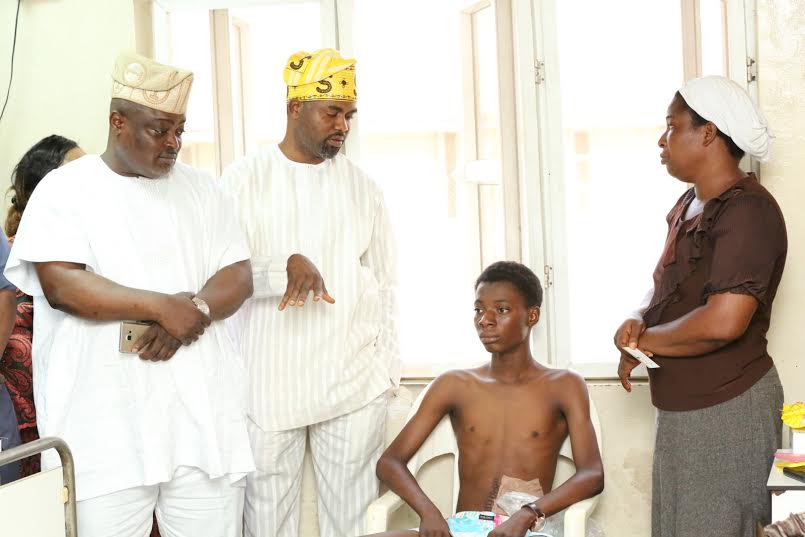 Rochos Okorocha Sworn In As Senator