Unity Bank Plc is in a N3.4 billion ($21.067 million) foreign exchange tangle with its former Managing Director, Alhaji Falalu Bello, now Executive Chairman at MBS Merchants Limited.
The bank in a petition to the Central Bank of Nigeria (CBN) is alleging that Falalu Bello unilaterally approved for his company the said amount to import fertilizer for which he is now foot-dragging payment.
Irked by this development, the management of Unity Bank petitioned the CBN over the matter alleging violation of corporate governance by the former managing director.
The petition sighted by our inside source and signed by Ahmed Yusuf, Acting Executive Director, Enterprise Risk Management and Umar M. Adamu, Divisional Head, Legal and Compliance, with Ref. No UB/L&C/UMNHJSIMB5FB/02l14,dated 3rdFebruary, 2014, to the Governor of CBN said: “We hereby humbly write to bring to your notice instances of Violation of Code of Corporate Governance. Sometime between June to September 2013, three Deferred Letters of Credit(LCs) totalling $21,067,500.00 were opened in favour of MBS Merchants Limited(the Company). Particulars of the LCs are as follows (see table):
S/N.        LC No.                    LC Value            Confirming Bank       Beneficiary

“The LCs were for the importation and supply of fertilzer (the goods). It is worthy to note that there was no formal application and/or approval for the  LCs.
The former Managing Director, Alhaji Falalu BelIo, used his influence to get the LCs opened without adherence to laid down rules and regulations of the bank.
“For the records, Alhaji Falalu Bello is the Executive Chairman of the company and also its alter ego. Not only did he use his position to influence the opening of the LCs, he also flagrantly refused to ensure adequate and sufficient cash collateral at the maturity of the LCs. This was in spite of several demands from management.
“Without doubt, this irregular action of the former managing director has undoubtedly caused the bank a lot of reputation risk with our Correspondent Banks-Deutsche Bank and FBN London.
“As a result of the improper way the LCs were opened, i.e. not authorised, the Board only came to know about the matter much later. This was when the Correspondent Banks became agitated and increasingly kept demanding for their money.
Thus, to quickly salvage likely unpleasant consequences from the Correspondent Banks, the Board quickly directed that one of the Term Loans of Alhaji Falalu Bello be used to reduce our commitment with Deutsche Bank. This was quickly done. Being a long standing business partner, we are presently managing the situation to ensure that residual balance is paid as quickly as possible.          .
“On the bank’s commitment to FBN London, the Board approved that a Credit Line for the company be established in the sum of $1,530,000,000.00 and same be used to effectively settle the bank’s commitment to FBN London. This was immediately done and the account was fully cleaned up.
“Further, in order to ensure full recoveries on the company’s account, management has directed that all the three warehouses be taken over so that sales of the goods could be directly channeled to the company’s account. Unfortunately, instead of Alhaji Falalu Bello to assist the bank towards meaningful recoveries, he negatively scares away and blocked all prospective buyers.
In fact, what is more worrisome is the established fact that Alhaji Falalu Bello has gone about de-marketing the bank amongst its long time customers and friends.
“Being a former managing director of the bank and by virtue of Section 20(5) of Banks and Other Financial Institutions Act, 2004 as amended, all borrowings associated with him or his companies are regarded as insider related.
It is on this premise, therefore, we catalogue the following as infractions: using his former office and influence to process and approve the LCs without adherence to the laid down rules and regulations of the bank; his refusal to fund the company’s account at the point of maturity of the LCs.
This was in spite of several entreaties and demands by the bank; his attitude to scare away prospective buyers of the goods, thus frustrating our efforts towards quick and genuine recovery and frustrating the bank’s business by de-marketing it amongst its long time customers and friends.
“It is in consequence to the above that we hereby invite the apex bank through your humble self to appreciate and note this unfortunate development.
“Meanwhile, it could be gleaned from the ·above, that the bank is doing everything reasonably possible to ensure that we settle our obligations with Deutsche Bank, while we continue to vigorously tackle the company and its executive chairman for the total liquidation of the indebtedness.”
MBS denies arrest of Falalu Bello
However, a statement issued by MBS Merchants over the weekend admitted that Bello was invited to the Office of the Inspector General of Police (IGP) in Abuja to clarify issues in connection with a petition by Unity Bank Plc to the Central Bank of Nigeria (CBN) and the IGP.
The statement said the petition was based on three deferred letters of credit issued by the bank on behalf of MBS Merchants.
“In this regard, the MBS has answered all CBN enquiries on the matter. Also, Mallam Falalu Bello was invited by the IGP to discuss the same issues involved, being a recipient of the same petition.
Based on his position as chairman of MBS, Bello equally answered the invitation of the IGP just as he did that of the CBN so that such high level discussions between the parties involved will bring closure to a matter, which is basically a financial transaction between two parties that have been business partnersfor over seven years,” the statement said.
Mallam Falalu Bello retired as the group managing director of Unity Bank Plc on June 30, 2011, and was shortly afterwards, appointed chairman of Mainstreet Bank, one of the three banks nationalised by the Sanusi Lamido Sanusi-led Central Bank of Nigeria.
The former Unity Bank MD also contested the governorship of Kaduna State under the platform of the Peoples Democratic Party (PDP) but lost the primary election to the current vice-president, Namadi Sambo. 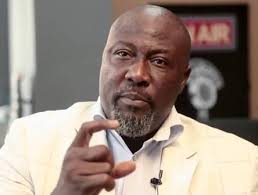 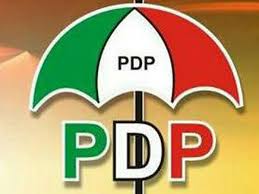