The Month of November is guaranteed to leave a lasting experience in the minds of many, as 60 beauty queens from across the globe will converge in Lagos, Nigeria for the Exquisite Face of the World final.

The announcement was made on Sunday, September 15, 2013 during an exclusive cocktail event at the Radisson Blu Hotel in Victoria Island, Lagos, with past beauty queens, Miss Kenya, Miss Russia and Miss Ghana in attendance.

Ethel Okosun, former Miss Earth, 2005 and daughter of late musician, Sunny Okosun who is the Nigerian Project Director for the pageant revealed that the event will hold in November 2013 and Nigeria will host to these international ambassadors who will contest for the Exquisite face of The World crown.

According to Ethel Okosun, “The essence of this pageant is to create an avenue to project a positive image to the world about Nigeria and the African Continent as a whole. This pageant will open doors to investment opportunities and additionally boast the tourism drive of this great nation.”

She continued, “Our organization, Ethel Okosuns International is proud to be the Nigerian host of the 2013 edition of the Exquisite Face of the Universe. The core objective is the promotion of cultural integration, racial equality, global peace and co existence.”

“The reason behind this pageant is that over the years, Africa’s image of Africa has been portrayed in various negative ways and what Exquisite Face of the Universe seeks to achieve is to reveal the true image of Africa and expose the rich cultural qualities and resources we have. This is why we have decided to bring the pageant to Nigeria to give the contestants a whole new experience in Nigeria.” CEO, Evelyn Addy Sackey, Director at First Royal Events in Ghana said.

Former Miss Russia and Miss Tourism World, Meri Asatiani who came into Nigeria on Friday, September 13th to join Miss Ghana and Miss Kenya expressed her excitement on the pageant holding in Nigeria for the first time ever. “I am really excited to be a part of the first ever Exquisite Face of the World pageant in Nigeria. This is a very beautiful country with welcoming people. There is so much to learn about this country, from the food to the different cultures and I know this year’s contestants will feel the same.”

Since its inception in Accra, Ghana, 2006 and the pageant holding for four years successively with the support of former President John Kuffour, the pageant has developed to become one of the biggest beauty pageant to reckon with on the continent. 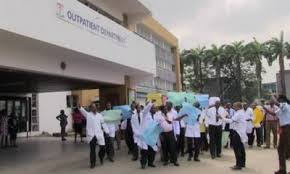