The erstwhile chummy relationship that existed betweenSenator Oluremi Tinubu, wife of Asiwaju Bola Tinubu and Adejoke Adefulire, the deputy-governor of Lagos State, has become severed. A wide gulf now exists between the two women. To understand how close these two women used to be, Oluremi literarily conferred on Adefulire, the status, which she currently enjoys within Lagos political circle. It is pertinent to note that Adefulire was brought on board by Governor Rauf Aregbesola, who was then the Lagos Commissioner for Works, during Asiwaju Tinubu’s second term in office. Adefulire was then made a Commissioner to oversee the Women Affairs Ministry.
It was during this period that Adefulire wormed her way into Oluremi’s heart and became close to her. The two women grew fond of each other. It soon became obvious to close -watchers that Adefulire had developed a deep sense of loyalty to Oluremi. To underscore the depth of deference Adefulire showed to Oluremi, she always genuflected whenever she greeted her. Even when most people frowned at this display of blind loyalty and tagged her as a glorified handy maid of Oluremi, the deputy-governor simply ignored the derision and refused to be bothered.
However, in 2011, Adefulire’s loyalty to Oluremi eventually paid off. She was handsomely rewarded when she was given the deputy-governor slot. Predictably, Oluremi was alleged to have facilitated the package. Some politicians claimed that the choice of Adefulire was made by Oluremi, so as to act as her ‘eyes’ and ‘ears’. The arrangement seemed to work well for the two women at the initial stage.
But things began to go weary between them a few months ago. Sources claimed that some close associates of the deputy-governor made her to understand that her deference to Oluremi was earning her derogatory reactions from people. This group of associates then advised her to pay more attention to her official responsibilities to the state and become less visible in Bourdillon Avenue, Ikoyi, the Tinubus’ official residence. By and large, Adefulire heeded this piece of advice and began to keep her distance from her benefactor. Subsequently, this move deflated the affection between these two women, and their once close friendship suffered a decline. 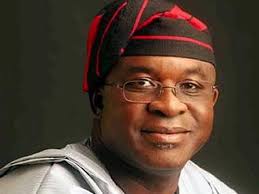