Prince Adewole Adebayo, the presidential candidate of the Social Democratic Party, SDP, is an unusual candidate in many respects. One, he is about one of the youngest of the lot jostling to succeed Muhammadu Buhari. Second, he is a quiet achiever that prefers to silently walk his talk instead of hugging media limelight, he is stealthily building strictures and structures of his party across the 36 states.
In that wise, SDP is the fastest growing party in the country.

“The party has a rich history and pedigree dating back to Moshood Kashimawo Olawale Abiola, who on the crest of the legendary party crisscrossed into victory in the famous June 12 presidential election later annulled by the military junta led by Ibrahim Babangida”, professor Adeagbo Moritiwon a political scientist told this newspaper

Recall that following the death of Chief MKO Abiola, the winner of the 1993 presidential election, the party literally went into oblivion until the emergence of Prince Adewole Adebayo as its presidential flagbearer. Adebayo exhumed the party from political death, and breathed life into it, forming formidable front to counter the so-called behemoths- APC and PDP.
Dr Olufemi, director of Entrepreneurship at Redeemers University who is a public affairs analyst says of Adebayo. ” The young man who is a lawyer has proved successfully that he can run Nigeria. He has quietly been able to build the party structures all over the country. I’m seeing him as a surprising third force that will upset the apple carts if the big parties are not careful.

Adebayo has consistently said he’s set to fix the country, according to him his spanner is truth.

Recently, he spoke at an event organised by the Nigeria Defence Academy (NDA), held at the Nigerian Army Resource Center, Abuja on Tuesday said to fix something, one must avoid damaging it further.

He stated : “You have to understand what went wrong. Our country is not a difficult country to live in. What the country has gone through is deliberate sabotage by some people. Only Nigerians can fix Nigeria and they are the same people that damage it.

“The first thing we must do is to fix ourselves. We are going into the election not because we’ve learned lessons but because time has come.

“If we do not fix ourselves, we will get worse results than in 2019. People are saying Buhari is a disaster. They want us to know that Jonathan was a saint. I don’t agree. The same with Obasanjo.

According to him, some people want to fix the country but they do not want certain things to be fixed.

“Every youth in Nigeria seems to be angry with Nigeria. Youths seem to be innocent. But whether we like it or not, everyone is guilty.

“For me, I want to fix the country. My spanner is the truth. I don’t stick to things that favour me. We have insecurity. The government of the day can fix it if it stops the business in it.

“There is serious injustice either in the service. The government is creating new poverty. In the past, poverty was limited to people that are disabled and illiterate. The government has made it impossible for professionals to have value for their work because the currency has been devalued.

“We can fix the problem today if we want to fix it. We are not attracting talent in government. People are in government because of money. Nigeria doesn’t need more than seven ideas to work. The young people have no excuse anymore because the political space is now open unlike when we were being beaten by the military,” he added.
He has been involved at different levels in charity and philanthropy. He generously donated to floods victims, the most recent one was in Bayelsa Where he doled out 10 million.

Adebayo began his legal career as a litigation lawyer at Tunji Abayomi and Co in Lagos, Nigeria. After two years of legal practice, he founded his own law firm, Adewole Adebayo & Co., House of Law, in 2002.

One of the cases handled by his law firm in Nigeria was the case between Femi Falana and the Federal Government, in which Femi Falana (SAN) contested the constitutionality of the contract between the Ministry of Interior, the Nigeria Immigration Service, and Continental Transfert Technique Limited for the collection of Combined Expatriate and Residence Permit Aliens Card (CERPAC) fees. Adebayo represented Continental Transfert Technique Limited in the case.

Adebayo is noted for his large heart. He sponsors nearly 2,000 young Nigerians in Nigerian and foreign tertiary institutions, in addition to numerous people he has financially empowered across the country.

Earlier, he has made his name as a public affairs commentator who provides advice on national issues on occasion. and participates in Nigerian politics as a member of the Third Force.

On January 8, 2022, Adewole Adebayo celebrated his 50th birthday and declared his intention to run for the office of the Nigerian president.

He is running for president of Nigeria in the 2023 Nigerian general election under the Social Democratic Party (Nigeria). 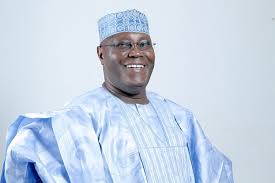