An eyewitness told this medium that the deceased was stabbed by a member of a gang of thugs allegedly brought into the congress venue at Sanya Grammar School, on Apapa Oshodi Expressway, by an aspirant, Alhaji Wasiu Salmon and Jamiu Saka, chief security officer to the Council Chairman, Chairman, Bolanle Akinyemi-Obe. Salmon was believed to be Akinyemi-Obe’s preferred candidate for the party’s local government area chairmanship office in the LCDA.

The congress reportedly erupted into a battleground due to the resistance by dissenting members to an alleged attempt by Akinyemi-Obe to install her favoured candidates into the available offices.

A party member, who preferred anonymity for fear of retribution, said the deadly congress was a spin-off of an emergency meeting called last Thursday, 10 April, by party leaders to fine-tune modalities for the congress and appeal to belligerent members.

Though it was meant to be a peace meeting, the parley which held in the house of the APC’s supreme leader for the LCDA, Colonel R. A Ajala at Somosun Street, Aguda, later turned violent. One of the big casualties of the day was a former Chairman of the council, now, member representing Surulere Constituency II in the House of Representatives, Aliyu Kazeem, whose Mercedez Benz 4MATIC sports utility vehicle’s, SUV, windshield was vandalised. Kazeem was also said to have sustained an injury to his head due to an attack by suspected thugs.

Sequel to this, the party leaders, yesterday, 11 April, called another meeting it tagged a consensus meeting, as well as streamline the candidates to a fewer number.

At the meeting, which lasted over 8 hours, the leaders were said to have appealed to the two prominent contestants for the party’s local government area office, Comrade Dandala and Salmon to agree between themselves, as well as their sponsors to reduce the tension the election had engendered.

The alternative, the leaders said, was for both aspirants to step down for a neutral candidate, to which the LCDA Chairman, Akinyemi-Obe reportedly disagreed. She was said to have vowed that the congress would hold today.

As a result, the party leaders, as well as other APC top notches in the LCDA was said to have avoided the congress, while other dissenters were present to forestall the perceived imposition of a candidate on them.

An inquiry from Kazeem was unsuccessful as his telephone rang away without a response, while a text message sent to Akinyem-Obe was not responded to. A source at the council told us that Akinyemi-Obe would not be available for comment because she was having a high society party at the Oriental Hotel, Lekki, for her son, Kelvin, who wedded his Malaysian heartthrob, Tala, today.

The source hinted for good measure that popular Fuji musician, KWAM 1 and Davido are the musicians to entertain the guests, some of who were flown into the country by the Miss Akinyemi-Obe. 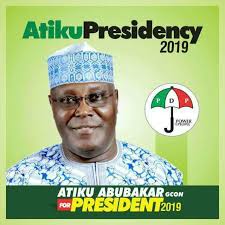 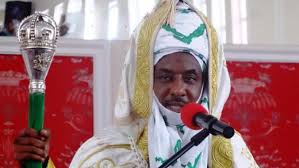