Iyetade Soyinka, a daughter of Nobel laureate Wole Soyinka, has died. Ms. Soyinka, who was born June 6, 1965, died at the University of Ibadan Teaching Hospital where she was being treated for an undisclosed ailment.

The death was disclosed in a statement signed by Jahman Anikulapo, an aide to Mr. Soyinka, one of the world’s foremost dramatists and winner of the 1986 Nobel Prize in literature. The statement noted that the late Iyetade Soyinka was a student at the Staff School and Queens School, Ibadan before she studied Medicine at the University of Ibadan.

Mr. Anikulapo’s statement described the deceased as “affable, intelligent and sometimes capricious,” adding that she “struggled with her health in recent years.” Despite her health woes, the late Iyetade Soyinka “greeted every day with a smile and doted on her two children.”

The statement, which was issued on behalf of the deceased’s family, revealed that Ms. Soyinka “took ill quite suddenly and passed away while being treated at UCH, Ibadan.

No funeral arrangements were announced in the statement. 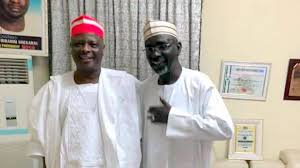 Kwankwaso Joins Forces With Shekarau Against APC In Kano