Last weekend, Sunday, April 6, Hakeem Ogbara, the younger brother of Nigeria’s wealthiest woman, Folorunso Alakija made a move that has been eliciting side talks from people within the society.

Hakeem’s second wife is Folakemi Aladeniyi, a pretty lady, whom he has been dating in the last couple of years.

A successful businessman, Hakeem Ogbara is the Managing Director of Hakog Integrated Services, a business consultancy firm.
The ELITES gathered that the ceremony took place at the bride’s family home in Maryland, Lagos. The Aladeniyis received the Ogbara family members, led by their patriarch, Chief Rasak Ogbara, and treated them to a very lavish reception.

However, conspicuously absent at the ceremony was Hakeem’s elder sister, Folorunso Alakija. Not a few people were shocked that Alakija, who is well known to love her siblings to bits, could opt out of the event.

The ELITES learnt that the billionaire oil baroness deliberately traveled out so as to avoid partaking in the wedding jamboree. It is gathered that Alakija nurses a strong reservation about her younger brother taking a second wife, since he is known to enjoy a good marriage with his first wife, Adenike Idayat (Iya Fali).  It was gathered that Hakeem almost put his family members in a precarious situation when they discovered that he did not inform Adenike of his decision to take a second wife. He was reported to have informed her after the ceremony had taken place. Predictably, Adenike, who, hitherto, had always been the apple of her husband’s eye, was reported to have raised hell when she learnt of the development.
On her own part Folakemi, a mother of one, is still basking in the euphoria of her new marriage. She has now bears a Muslim name, Hakeemat and she has been informing her friends to address her as such. 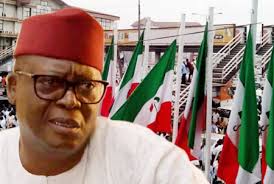