The traditions and lifestyle in rural South Africa have barely changed in hundreds of years. Away from the country’s glamorous cities, one could be anywhere on the continent of Africa.

It is hard and crushingly poor. For these people who wash their clothes in streams and tend the land, hardly anything has altered despite the seismic political revolution here in South Africa.

The home Mr Mandela built towers over those of his neighbours, but he will be buried alongside generations of his family at this, his final resting place.

His oldest surviving friends talk of him with an almost religious reverence. To them, Nelson Mandela rises above all others.

“Nobody could do what Mandela has done for the world,” 82-year-old Kekana Geledwane, sitting outside his hut, told me.

“Madiba was friends with my father and wanted to build his house next to our old home. There is no one greater in the world.”

Next door in the village kindergarten the youngest children are taught about the life of Nelson Mandela; Qunu considers him to be one of theirs even though he was born in a village some miles away.

Nobody here can believe that Mr Mandela is dead. There is a sadness that pervades the whole community.

The Mandela community centre is testament to the small but significant improvements he brought to the village including basic running water and electricity.

The benefit of his burial in this poor rural community is that the world will see how much work still needs to be done to raise the lives of so many millions of South African’s who still live in poverty.

South Africa is by far the continent’s biggest economy but many are still to see the benefits.

The world will come of course and so will thousands of ordinary people from the Eastern Cape. They will be welcomed by the people of the village who are opening their houses to the mourners.

Some youngsters practised their “stick-fighting” skills in the shadow of their former President’s house.

It is a brutal sport in which Nelson Mandela excelled. His fighting days are over, but the tradition remains, the simplicity of his rural life remains and, like Nelson Mandela, it will never be forgotten.

The memory of this man will live forever. 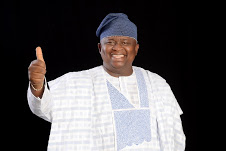 Billionaire Jimoh Ibrahim Messy Sex Life Revealed !!
+Lists of The Women He Sleeps With in His Biz Empire