The former Minister of State for Defence, Musiliu Obanikoro, has arrived in Nigeria from his base in the United States to respond to an invitation by the Economic and Financial Crimes Commission in relation to N4.75bn arms funds traced to him.

The former minister arrived in Lagos from the United States enroute Amsterdam and headed for Abuja to keep an earlier scheduled appointment with the EFCC on Monday.

The  EFCC is investigating a firm, belonging o two sons of Obanikoro, Sylvan McNamara for receiving N4.75bn arms funds from the office of the former National Security Adviser between April 4, 2014, and December 15, 2014. The two sons are Babajide and Gbolahan.

The commission is claiming with documentary proof  that a total of N4.745bn was paid into the Diamond Bank account of Sylvan McNamara during the period.

The minister arrived Abuja from Lagos by 7:45am and  was heading to the EFCC to keep his appointment with the anti-graft agency as of the time of filing this story.

Dangote Emerges As The Most Admired African Brand 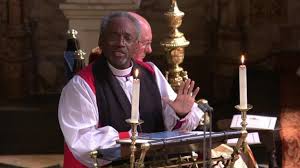