Munachi Abii is a former Most Beautiful Girl in Nigeria who later became a rapper. She tells Ademola Olonilua about her career and early days.

What have you been up to lately? You haven’t been in the news recently. Is it a deliberate decision?

Yes it is a deliberate decision. I’d rather be in the news for a good reason. A good reason would be something positive. My video for No Tomorrow just got released, so I’m promoting that.

Speaking of your new song, it seems different from what Muna does. Why is that?

I’m not one to put myself in a box. I started off being a conscious rapper, which I still am, but then I went through a process and  everyone was telling me what they felt was the key to survive in this industry. At first, I let that get to me but then I realised that one only lives once. Why not explore it all but be true to what you love? That is what I am doing; everything that I love. I haven’t changed my style per se, I just expanded. I see myself as a musician not a ‘celebrity’ or a ‘hit of the moment.’ I fuse sounds from all over the world so that other people can feel it too.

You recently changed your hair colour to blonde. What influences your style?

Before now, I had not found the right shade of blonde for me. But we decided to try something new for my video and this shade worked, so I decided to work with it. I would say my true style is still evolving.

Some people think you have a dual personality; Muna the rap artiste and Munachi Abii the beauty queen. Would you agree with them?

I’m more than a dual personality. I’m yet to discover all of them. I believe we’ve got a lot of time to figure all that out. But trust that you will see them as they unfold.

Seems you have not fully discovered yourself? How do you intend going about that?

Who truly has? At least I’m honest about it. First, I do know now that I am. My existence; and that gives me confidence to explore all of me without fear. We all still do to an extent, but for me, right now I’m not ashamed or afraid to say, I’m getting to know me and I like me.

For you, who is that one guy you would never forget in a hurry?

Well, as much as I would like to remember some, I’ve got what you may call selective amnesia; so it’s all forgotten. I’m actually telling you the truth. The reason why it is in the past is because it didn’t work out and it must have hurt me. If it did, I’d forget it. I have forced myself to forget things to the point where I don’t remember things anymore.

You were once an OAP, why did you opt out of the job?

I used to work at a radio station. Well I was in school at the time. And I must say it was a wonderful time. I made new friends and we had a hit show. I actually don’t mind returning to radio then I will play my music on repeat. I was in the university when I decided to try radio. I didn’t opt out, I graduated and I had to move back to Lagos, so we all went our separate ways. I miss the boys though. They are all doing very well now.

Who was your first crush?

I think Michael Jackson or Bruce Lee. Michael was my love. He could do no wrong in my eyes. He was perfect, black or white. I’m attracted to super humans.

At what age did the love letters and advancements from men start in your life?

I never really got love letters. Advancements from men began in my teens.

So how was it coping with their advances at such a tender age?

That’s easy. We always had lines for the boys and the young men; the ‘I will think about it’ to the ‘I’m sorry I have a boyfriend line’ was always there.

Tell me about your early years. What kind of kid were you while growing?

Growing up was cool. I’m sure every teenager had issues of misunderstanding. So I’m not any different. I was a loner though. I was picked on a lot, so I kept to myself.

Tell me more about your being grown and being picked on? Can you share some stories?

I was bullied. No stories there.

Is that part of the reason you went into rap?

Well, sort of because I wanted to be heard.

So that’s why you went into rap?

I loved rap as well. Tupac had a big influence on me while growing up.

Do you think you have a good singing voice?

Yes, I do have a good singing voice.

So why didn’t you go for singing instead of rap; has anyone told you that you don’t look like a rapper?

How does a rapper look? If we were to go by looks, there would be no Eminem, no white rappers and certainly no female rappers. Secondly, I’m not one to do what people expect of me. I make my own rules and what seems natural to me, I do. Singing is also natural to me and I never ruled it out. Rap was the form of expression that came natural to me first.

You said there had been challenges when you started your music. What were they?

Being a female, funding my career independently, having to deal with people who claim to have the solution to music, having to deal with people who think your sound is way ‘too deep’ for Nigerians and feel you should tone it down; trying not to compromise even when people don’t believe in you yet. Having to ‘sort’ people out so that they can play your music; it is tough. But these are the things one has to deal with. You have to pay your dues somehow.

Did you face criticism for switching to rap shortly after your reign as a beauty queen?

Well, not necessarily criticism, just shock and disbelief. I kept getting asked why I was rapping instead of singing. My parents supported me all the way. I made it clear that I was a recording artist before my reign and I had worked with a few known artistes just before my reign. So I didn’t just wake up and decide.

How do you keep in shape?

Are you in a relationship?

Yes, I’m super emotional. I love love, but I’ve always been afraid of love. But this time, I decided to let go. I haven’t looked back since.

Now, you were variously linked with Peter Okoye and later an 18-year-old boy. How true is this?

All those stories are not true.

So where did those stories emanate from, how does your boyfriend handle such issues?

You tell me? You are in the media. You know how people make up stories to sell or become famous. There are no issues for him to even consider handling.

Culled From: The Punch

Man breaks into mortuary to have sex with corpses 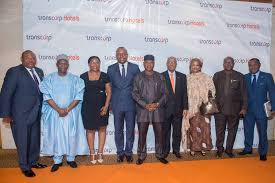