An official of the Lagos State Traffic Management Authority, LASTMA, identified as Taye Shittu, has been arrested by the police at Pen Cinema Police Station for allegedly slapping a Chief Magistrate, Mrs. Komolafe Abimbola of Court 2 Ikeja, Lagos, western Nigeria.

She was on her way to the office around Pen Cinema area of Agege when the incident happened on Wednesday.

YemojaNews investigation revealed that Shittu accused Mrs. Abimbola of not obeying the traffic light and ordered her to come out of her car.

•Shittu, hiding his face after he was arrested and handcuffed for slapping a Chief Magistrate. PHOTOS: YUSUF MUHAMMED

The victim reported the assault at Pen Cinema Police Station and Shittu was promptly arrested by the police.

While confirming the incident, Lagos State Deputy Police Public Relations Officer, Mr. Damatus Ozoani, said the accused will be charged to court after the conclusion of police investigation.

An official of LASTMA who craved for anonymity, said the attitude of Shittu was an embarrassment to the authority.

A senior official of LASTMA who pleaded for anonymity also told YemojaNews that Shittu has been tried internally and was subsequently dismissed from LASTMA  and handed over back to the police for prosecution.

“We have conducted a board room trial for him and he has been dismissed from the service. We have also handed him over back to the police for prosecution. We do not condone such act in LASTMA,’’ said the source.

As a result of the incident, YemojaNews learnt that the court Mrs. Abimbola is presiding over could not sit yesterday as litigants had to take adjourment for their cases.

When we visited Pen Cinema Police Station this morning, Shittu was seen in handcuffs being taken to court by the police.

Attempts by our reporter to speak with Shittu proved futile as he refused to talk and also hid his face from camera.

Senator Adeola Commiserates With Ajibola On Death Of Father 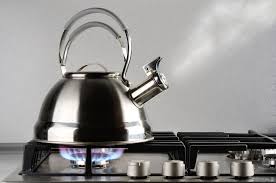