If reports making the rounds are anything to go by, it means the ambition of Akinwunmi Ambode of becoming the next Lagos Governor may just be a case of building a castle in the air. The politician, who is rumoured to be the anointed man to rule Lagos in 2015, is presently being trailed with a paternity mess.

Recall that there have been reports lately that Ambode has been chosen by a National Leader of the All Progressives Congress, APC, Bola Ahmed Tinubu, to take over the mantle of leadership from the present governor, Babatunde Raji Fashola, in 2015.

According to Naijahottestgist, Ambode, few years ago, while living around Santos Layout in Akowonjo, in Egbeda area of Lagos, was allegedly having an illicit affair with a lady named Biola, who he pampered and showered with gifts.

At that time, Biola was a youth corper and turned the lady’s home into a love nest, where both allegedly played the father and mother game show.

Few months into their relationship, Biola was allegedly put in the family way by the possible next Lagos governor, Ambode. It was reported that this frightened him and in order to hide his mess, he relocated the heavily pregnant Biola to Canada, where he has been taking care of the child, a boy, who was christened Tayo.

It was learnt that Ambode has kept this dirty secret from his wife for six years. It was also gathered that Ambode and Biola are no more dating, but he has been seeing his child at least once every year.

It was further reported that Ambode is now being faced with heat from Biola, who has allegedly been blackmailing him in the last few weeks since he became a leading candidate to become the next Governor of Lagos State, insisting on getting N100 million from him or blow the whistle.

We learnt that Ambode has been running helter skelter to cover his tracks, sending people to speak to Biola and even dropping a whopping sum of 30,000 dollars weeks back on the matter. 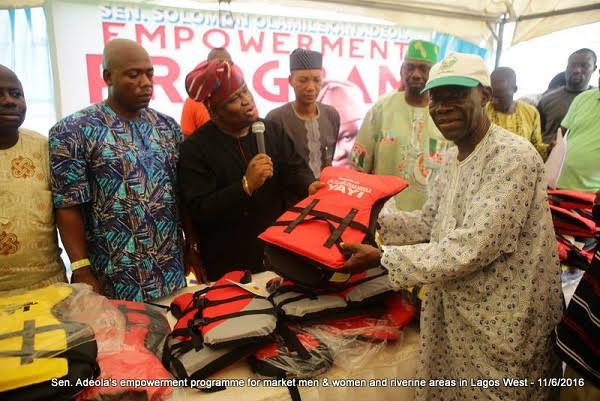