The Lagos State Domestic and Sexual Violence Response Team (DSVRT) has begun a six-month intensified campaign against all forms of Sexual and Gender Based Violence (SGBV) in the State with a target to reach out to two million residents to lead the crusade against the menace.

Coordinator of DSVRT, Mrs. Titilola Vivour-Adeniyi who disclosed this during a training session for Media Practioners on Best Practices for Investigating and Reporting Sexual and Gender Based Violence cases, said the development was in a bid to ensure that no community is left behind in the fight against all forms of SGBV.

According to her, the DSVRT would be embarking on intensive sensitisation campaigns at communities like Fagba, Ajuwon, Surulere, Ikeja, Kosofe, Ikorodu, Iwaya, Epe, Badagry, Onike, Ijanikin, Ojo, Idimu, Lagos Island, Alimosho and Agege.

She also said that inner communities in Badore, Sangotedo, Oke Yaya, Owutu would also not be left out of the intensive campaign to reach out to at least two million Lagosians.

“The campaign will be conducted through door-to-door canvassing, engagement of children in schools, town hall meetings, market rallies, engagement at religious gatherings, and visitation to salons.

“There would also be an extensive media outreach through Billboards, radio and television jingles in English, pidgin and other indigenous languages,” Vivour-Adeniyi said.

The DSVRT Coordinator also said that the Team would ensure that relevant details on Domestic Violence prevention are distributed through Local Governments and Marriage Registries to intending couples.

She said the aim of the six months intensive campaign is to drive increased awareness within the populace, improve on coordination of response and more effective prosecution of cases with better witness corroboration, and ultimately a reduction in the number of SGBV cases within the State. 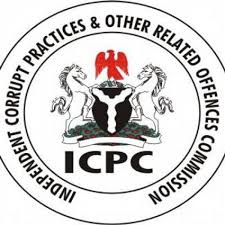 DSO: ICPC Goofed, Must Be Investigated By Federal Govt