The Aide de Camp to the Deputy Governor of Kwara State, Mr. Gaya Mark, on Wednesday slumped and died.

Mark, a police inspector, was suspected to have died of cardiac arrest.

A source said the ADC slumped and died during an altercation with an unidentified commercial motorcyclist, who was said to have attempted breaking into the deputy governor’s convoy.

The incident was said to have occurred near a UBA branch on Illofa Road, Ilorin.

Another source said Mark died while merely ensuring that the convoy moved in orderly manner.

The source added that Mark had been suffering from a heart related ailment.

“Contrary to speculations, there was no exchange of words between the deceased and the Okada rider.

“Mark was survived by a wife and three children and his remains have since been deposited at the mortuary of the University of Ilorin Teaching Hospital,” said the source that refused to be named because he had no authority to speak on the matter.

He said the Commissioner of Police, Mr. Agboola Glover-Oshodi, had already visited the scene of the incident.

COVID-19: CACOVID To Buy Vaccines Through FG, Plans On Distribution

Why I’m Staying Away From Politics- Goodluck Jonathan 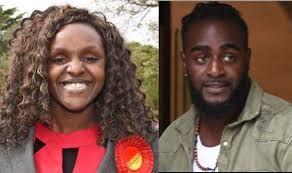 Buhari Increases Price Of Kerosene From N50 Per Liter To N83