The outrageous incident of kidnapping reared its ugly head again on Monday in Benin City. The victims this time around are the wife and daughter of the Managing Director of Iyare Motors Limited, Mr. Abel Omoruyi (JP).
According to family sources, Mrs. Esohe Abel (wife) and Miss Osarumwense Abel (daughter) were kidnapped around 5 pm at Ugbor village close to Ugbor Primary School.
It was further gathered that the hoodlums abandoned the victims’ car and took them away in their own (kidnappers) car.
According to Mr. Abel, who is a prominent transporter in Benin City, the matter has been reported at the Ugbor Police station and the victims’ car has been recovered by the Police at the scene of the crime.
Over twelve hours after Mrs. and Miss. Abel were abducted, the kidnappers have failed to make contact with the family.
Our investigations also revealed that this is one of the tactics employed by kidnappers to make the family of their victims apprehensive and eager to hurriedly pay ransom.
According to one of our sources, “they keep their victims for at least 24 hours without communicating with their families. This leads to so much unease so that when they finally call, the family will easily succumb to their demands”. 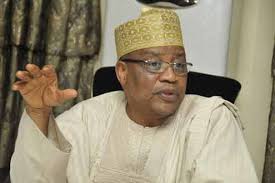 Nigeria Finally Out Of Recession!