Residents of Iraye Community area of Ogun State behind Mosinmi Depot have appealed to Governor Ibikunle Amosun of Ogun State and his counterpart in Lagos, Governor Babatunde Fashola, to save them from the hands of hoodlums who invaded their community, harassed and forcefully sent them out of their lands.

Speaking with newsmen  recently, the head of Adesegbere family, Engr.  Olarotimi Noah, and some stakeholders in the community, said that some hoodlums allegedly invaded their community and hijacked their property from them.

“After the demise of my father, who was the Olotu Omoba  of Iraye Community, the four branches of ADESEGBERE  family namely  Adekale, Kusole, Oduye and Mawelu chose me as their leader and we were living in peace and harmony without interference or disturbance from any quarters, we had equally held series of  meetings on how to move our community forward .

“To our surprise, four members of Adekale family namely; Olatunji Banjoko, Abeeb Wahab Balogun, Femi Fakoya and Lati Oduloye decided to take laws into their hands by employing the services of a notorious land  grabber (Ajagungbale) called Kamoru Lamina a.k.a  ‘‘SIR K’’ to perpetrate evil in our community. They  sold part of our lands without  the consent of the family members. They threatened us on so many occasions and made several attempts to kill, maim, and they also injured people in the community through the use of their armed hoodlums and thugs, they destroyed properties and displaced our people, the entire Adesegbere family members and the occupants of Iraye community and the community has since become a ghost town,” he said.

Engineer Noah added that ‘’Sir K’’ has chased the entire occupants of the area out of the community and that Sir K had since written  petitions against them on so many occasions in order to allegedly cover up his alleged evil act.

“We also sent letters to all the security operatives in Ogun, Lagos State and Abuja respectively appealing to them to help intervene in the matter,” he said.

Engr Rotimi Noah emphasised that Sir K and others, who were said to be thugs, invaded the community on 14 November,  2013 with firearms, machetes, guns and deadly objects of different kind and forcefully chased people and shot intermittently during which a member of the ADESEGBERE family- Chief Funbi Sopehin  died.

He said that they further inflicted injury on the people on the day the deceased was to be buried and took some of the family members away to an unknown destination.

Engr. Rotimi Noah added that as if the Nov 14th incident was not enough, the said land grabber, Kamoru Lamina with some people and law enforcement agents attacked him on 17th January 2014.

” They attacked me while I was on the way to a meeting with the Commissioner of Police, Ogun State Command. Sir K and his hoodlums attacked me with guns and machetes and threatened to kill me and the three members of the ADESEGBERE family that were with me in my car saying that  if we continued to stop them from what they planned to do in Iraye Community, they would kill us. If not for God’s intervention on that day, my family members that were with me and I would have become history,” he said.


This is why the  entire members of ADESEGBERE family  appealed to the governments of Ogun and Lagos State governments to protect their lives from the hoodlums, who have allegedly continued their treat to kill, and maim the people of Iraye Community.

Engineer Noah added that since the ugly incident happened, he and the entire ADESEGBERE family members have been living in perpetual fear.

His words: “We want to appeal to Ogun and Lagos State governments to come to our aid because since the ugly incident happened, we have been living in total fear and my people ( ADESEGBERE FAMILY) could not sleep in our houses because the armed hoodlums and thugs are still in the community perpetuating evil.” 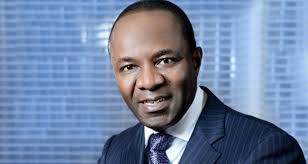 Atiku To Visit America After Launch Of Presidential Campaign