Pioneer chairman of the Economic and Financial Crimes Commission, Nuhu Ribadu, returned today to the Southwark Crown Court, London where he was cross-examined by lawyers for former Governor James Ibori of Delta State. At his first appearance yesterday to testify in a confiscation hearing over assets accumulated by Mr. Ibori with his loot, Mr. Ribadu told the court that the former governor, who is currently serving a 13-year jail sentence in the UK, had stolen as much as $500 million during his eight years in office.

At today’s proceeding, Mr. Ibori’s lawyer, Ivan Krolick, questioned the former EFCC boss on his testimony yesterday regarding $15 million bribe that the jailed governor had offered him. During cross-examination, Mr. Ribadu provided a more detailed account of the bribe which, in his testimony, was delivered to him in cash at the Abuja home of Andy Uba, a former domestic aide to President Olusegun Obasanjo. The former EFCC boss had also stated that he took possession of the cash and immediately deposited it at the Central Bank of Nigeria. He told the court that he wanted the CBN to count and hold the cash for the “people of Delta State,” adding, “I was very determined to return it.”

Mr. Krolick told the court that the bribe saga was “a plot hatched by Ribadu.” He insisted that “Ibori was not at the meeting at Andy Uba’s house, and no bribe was given by him. [Ibori] is in no way connected with this.”

A Nigerian legal analyst who watched the proceedings told SaharaReporters that the defense lawyer’s denial was “extremely weak and unconvincing,” adding that Mr. Ribadu’s account was corroborated by other EFCC operatives. “In addition, how could Ibori deny providing the funds when the physical cash is sitting at the Central Bank of Nigeria? Nuhu Ribadu’s evidence was compelling.”

Mr. Ribadu told the court that the EFCC under his control was extremely busy with more than 100 investigations on corrupt officials in Nigeria. He added that Mr. Ibori was both clever and determined not to get caught, recalling that as he and his team of investigators closed in on Ibori’s corrupt activities, the former governor made several overtures to befriend him. He testified that Mr. Ibori would telephone him “as much as 20 times a day; he was very persistent.” He further testified that the former governor became desperate as he feared that the investigation would make him “lose the governorship and the money.” He recounted that Mr. Ibori did not like EFCC investigators visiting his office and asking questions. In a telephone conversation, Mr. Ibori reportedly told the EFCC boss, “Stop it, stop it. Take the money and stop these investigations. I can give you more.”

Mr. Ribadu told the court that he played along with Mr. Ibori because he wanted to reclaim the bribe money for the people of Delta State. He added that he would have liked to catch the former governor in the act of handing him the cash, but Mr. Ibori enjoyed immunity from prosecution as a result of his office. The former EFCC chief told the court that he could not even question Mr. Ibori about the source of the bribe, adding that tracing its origins was an arduous task because of the huge number of banks in Nigeria.

He said the eventual meeting took place in the daytime on September 25, 2007, shortly after the former governor had lost his immunity from prosecution. He narrated how he met Mr. Ibori in a private room in Uba’s house, with only the former governor, his associates, and Mr. Ribadu sat. According to him, Mr. Ibori handed him the money after about 15 minutes. The cash was contained in dark-colored cases which Mr. Ibori opened to show the then EFCC chairman, before instructing his men to hand it over to Mr. Ribadu’s men who were waiting outside.

Mr. Ribadu told a riveted court that the money was immediately taken to the Central Bank of Nigeria and counted. He added that the CBN issued a receipt dated September 26, 2007 for $15 million.

The $15 million is still the subject of ongoing litigation between the federal government of Nigeria and Delta State. A Nigerian high court judge today deferred a ruling on the ownership of the funds till a later date.

The Crown prosecutors closed the confiscation hearing today by reading out the contents of an email exchange between Mr. Ibori and his UK lawyer the day before the bribe was delivered by the former governor. Mr. Ibori’s email read, “Just had a chat with my insider. Should [serve] as restitution…I can walk away, without a trace…”

Mr. Ribadu told the court that, shortly after the drama with Mr. Ibori, he was relieved of his EFCC post and ordered to attend a course at the Nigerian Institute of Policy and Strategic Studies at Kuru, Jos.

He narrated to the court that the “despicable Mr. Mike Okiro took over as the head of police as the Inspector General of Police.” He told the court that Mr. Okiro ordered the removal of his car and bodyguard, leaving him exposed. He added that he knew he was being watched and followed all the time. In addition, he told the court that two attempts were made to assassinate him and his briefcase was stolen in “sinister” circumstances. He disclosed that the stolen briefcase contained his diary as well as laptop with his personal evidence and notes about aspects of his work, including meetings and exchanges with Mr. Ibori.

He told the UK court that he held Mr. Okiro unreservedly responsible for what happened to him, adding that the former IGP ran a cesspit of corruption. When asked by a prosecutor whether Mr. Okiro had any ties to Mr. Ibori, the former EFCC chairman answered in the affirmative. He said, “They are very, very close personal friends and Ibori recommended him for the post.”

The confiscation hearing continues on Monday. 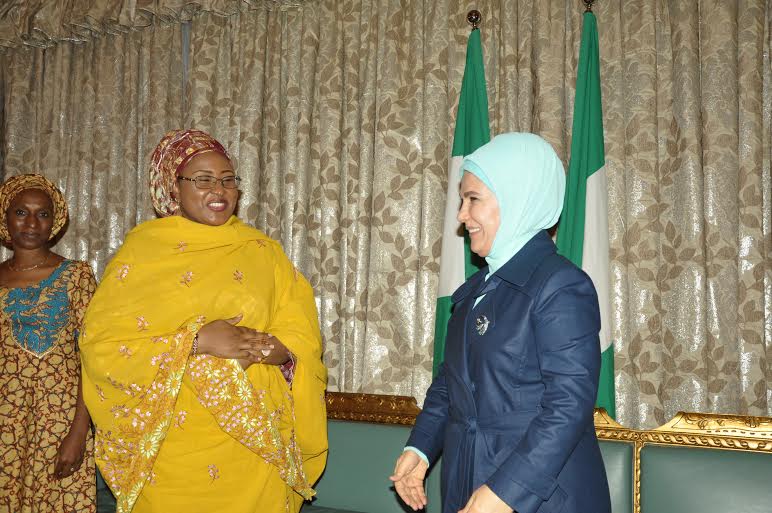 Pandemic Tourism Or the Death Of Tourism?, By Folorunsho Coker