Ayiri Emami is described as experiencing a business unusual phase.

And his influence is equally tagged ‘on the wane’.

Information pieced together indicate the situation is such that the man credited with doling out wonder on wheels to friends and fans at will has gone low profile to keep the development from all.

‘There’s the claim or should we just say that there’s the revolving gist in town, that things might not be as rosy as it used to be for this billionaire Niger Delta Chieftain again. The rosy times they say, might have reduced drastically.

According to the gist, the funds that used to rain in before in torrents, might have become a drizzle now.

The purveyors of the gist are saying that the very lucrative contract that Chief Emami had been doing all this while, which rakes in major money is set to expire come April 2014 and due to some reasons not given, might not be renewed and this might spell a great blow for the finances of the moneybag.

‘While this situation is on his mind another stress that he is said to be facing now, is how to calm down some certain elements that used to be under his control, who seem to have now become a law to themselves. Someone even said that some form of in-fighting has been on going underground, that might proven costly for the Chief. Even highbrows might have been raised over some of this recent unrest, to the extent that the powers that be, are even said to have been asking questions.

‘These gist merchants even claim that to show that things have turned a bit awry, the Akulagba 1 unlike how he used to prefer staying more in Warri, might have now moved more to Lagos & Abuja.

While the gist mongers, that those that know Ayiri very well have tagged jokers are claiming that there’s a money shortfall; we heard that just before the last quarter of 2013, Chief Emami apparently spent close to a million dollars (that’s about N160 million Naira then) on one of his main pastimes; buying exotic cars, many of which already litters his very impressive garages (he owns 2 Rolls Royce Phantoms and various other super cars); he also owns a super yacht on which Tuface & Annie Idibia rode in Dubai last year and there’s the ‘speculation’ that he ‘might’ have even bought a private jet late last year. (Not confirmed)

For a man who owns a tank farm (which some say is not working) and is supposedly allowed to lift crude, we find it hard to believe he might be going broke!!!Even if he is now, it might just be a temporary set back.’

‘And he perfected this by adopting an out of the ordinary measure
– he moved out of his area of influence, Warri, Delta state.

Holder of self professed title of pride, The Akulagba 1 of Warri is now virtually a permanent fixture at his Lekki, Lagos home.

‘Occasionally he is confirmed as ‘doing brief spells’ in Abuja.

Sources confirmed the Lagos residency he has taken upon himself and time outs to Abuja are without his money gulping traditional extravagance and funfair.

The Akulagba is said to be experiencing a bad batch of business and influence.

And movements out of known zones and antics that keeps him of public glare are identified as ‘ cover up’ measures.

Naijacelebrities.net learnt that Ayiri’s problems stem from moves by others under his grow to assert their independence.

Informants disclosed they did this by attacking Ayiri’s businesses – protection of petroleum facilities.

And his personal businesses as well by putting blockades on attempts by him and his associates to lift crude.

Sources confirmed his former ‘boys’ have priced away virtually all oil firm under his protection. And at present are on the verge of knocking off his cash cow- the official arrangement with the Federal Government.

Insiders claim with his loss of control of certain clients over superior show of power by his former under linings, the lavish spender has been portrayed as ‘no longer capable’.

And the money spinner arrangement with the Federal Government was based on perception he had things under control.

The government arrangement to protect certain facilities runs out in April 2014- they are talks it may be renewed in favour of another person based on new developments.’

Unconfirmed sources claim his movement away from his base had to do with threats against his person and those he cares about, with his absence now being used as a campaign point of his loss of standing.

This development is now tagged ‘ a big blow’ to his image of the man in charge. 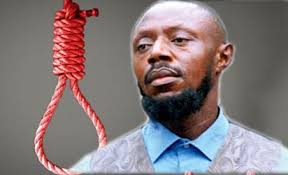 Why We Secretly Moved Evans From Lagos- Police

Buhari To Demand Recovery Of Looted Funds At UN Next Week