It was a night of fun, entertainment and rewards on Saturday, February 8, 2014 when employees from Nigeria, Africa and the rest of the world converged with other stakeholders at the Eko Hotel, Lagos, to celebrate exceptional members of staff in the just concluded 2013 financial year.

The annual UBA CEO Awards ceremony as it has come to be known is held every year to celebrate staff members that perform exceptionally well in the past financial year.  Since 2008, when the first edition of the UBA CEO awards was held, it has become a landmark celebration in the annual calendar of the financial institution.

Phillips Oduoza, GMD/CEO of the UBA Group said the awards ceremony was most deserving because of the hard work and dedication to duty by staff members during the year. According to him though the full year financials of the bank are yet to be made public, the bank going by its third quarter results did very well in 2013. “It is only proper for us to gather and publicly celebrate our star performers in the presence of all stake holders and customers who have been a pillar of support” he enthused.

Oduoza, who gave out letters of commendation plaques and cash rewards, to the award recipients, noted that the event was part of the best-place-to-work policy initiative of UBA and a people strategy geared towards engaging, motivating and rewarding employees.

Oduoza assured that UBA has continued to post strong financial performance in 2013, despite the increasingly challenging environment due to the dedication and contribution of its exceptional workforce.

“Our first, second and third quarter financial results shows the bank’s resilience. Our African subsidiaries are increasingly adding value to our operations currently contributing about 25% of balance sheet size and on target to hit 50% contribution to balance sheet.”

Responding on behalf of the award recipients Regional bank Head, Akwa Ibom, Chukwuekezie Magnus, commended the board and management for placing great premium on its people. Magnus said, “UBA is the one of the best places to work because the bank provides a non-discriminatory, robust and effective career management framework for its staff.”

The awards ceremony witnessed the presence of the captains of industry, customers and friends of the bank.  Past and present  UBA board members and other stakeholders fromn Africa and the rest of the world were also in attendance.  Top Nigerian and Africa entertainers who graced the occasion thrilled the packed audience with music and jokes. Among the top performers during the night were the duo of P-Square, Banky W, Ghanaian/UK based artist, ODG Fuse  of the Azonto fame and music diva Tiwa Savage. Two top comedians, Gordons and Akpororo, also brought the roof down with their jokes. 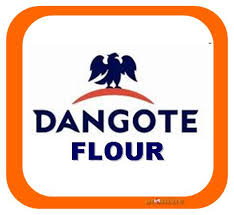 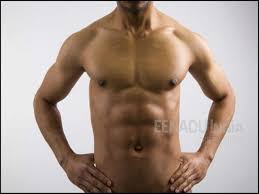 To Keep Your Penis In Good Shape, Use It Regularly