Bigwigs and national leaders of the All Progressives Congress (APC) from the six geo-political zones including all its Governors on Thursday gathered in Abuja for the inaugural national summit of the party with Governor Babatunde Fashola (SAN) stating that the APC was not just going to talk about change; it is going to embody change.

The Governor who spoke at the opening session of the first national summit holding at the Transcorp Hilton Hotel,  Abuja added that Nigeria longs for change and that the APC is committed to leading a movement for that change.

He added that the future that is envisioned by the party is a future that will be built together by everyone and not just for one political party, not for one region, not for one community but for all Nigerians.

Governor Fashola who described the event as a historic one, added that it is about building a future for Nigeria when there are jobs for everyone who wants to work, a future without leaders who deprive the very families they are supposed to protect and a future of peace and stability.

He described the APC as a home for all Nigerians, maintaining that it is already happening with the turnout for membership registration exceeding even the largest projections and has been a turnout of Nigerians of diverse backgrounds all across the country who shared a belief in the need for change.

“It was a turnout of Nigerians who shared a belief that together we can build a New Nigeria.

It was a turnout of people who have had enough of division in our country. People tired of the politicians who turn one group against another for their own political gain. We’ve all seen it. We all know how it works. We all know how demeaning it is to our nation”.

“When one takes a look around our country, Governor Fashola added, the question to ask is what has division brought to the nation? Has it brought peace or brought prosperity? Or the future that people want for their families and children, but it has not, reiterating that the only recipe is for Nigerians to come together, work together and live in peace together and choose unity.

“And today, we declare that, we make it clear to the nation that the APC chooses Unity, this room is a living testament to that choice and that commitment, this room is a celebration of the cultural diversity that gives our nation such great promise”, he stressed.

He added the party believes that the Nigerian nation must be economically and socially vibrant, must be peaceful, just and secure and that corruption must no longer be tolerated in any corner of the nation, not in political life and not in business or civic affairs.

The Governor reiterated that the APC also believes in investing in the people because they are the most important assets of the Nation and believes that every person deserve work that enables them to provide for their families, to contribute to the community and to have a favorable, quality of life.

Fashola also stressed that in the history of Nigeria, no party in more than fifteen years has done what the APC did on Thursday by publicly, and most importantly, together as a party, telling Nigerians what it believes in a meeting, not in a rally or in the middle of a political campaign.

He said the set of principles must guide the people’s path when times are tough, when people’s pathway becomes hard to navigate, when forces block the way forward, when challenges stand in the way of the nation’s vision, when hope seems just out of grip.

He stressed that when people make inquiries about the APC and what makes it different, the answer they will get is that APC has a Code of Ethics, it also has a Roadmap to the future and that Nigeria is a great nation that has been misdirected.

“Let there be no doubt about the link between corruption and jobs. If we had a Government that is serious about fighting corruption, there would be financial resources to create jobs. Instead of stopping this corruption, this government pardons those convicted of corruption and removes those who point out corruption. Corruption has drained our national strength and we need change”, he added.

He charged the party members to ensure over the next year that the nation joins the party and makes the same choice, adding that Africa is waiting for them to play the leadership role and the rest of the world is also watching.

He gave a commitment that the APC is not going to abdicate that responsibility as the event is going to be an exciting and illuminating day together as it heralds the beginning of the people’s journey to a new agenda.

He also acknowledged the contribution of national leaders of the APC like Major General Mohammadu Buhari, Asiwaju Bola Ahmed Tinubu, Dr Ogbonnaya Onu and Chief Bisi Akande as well as members of the Interim National Executive Committee and the Governors while not forgetting members of the party’s Strategy Committee. 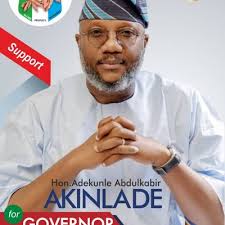 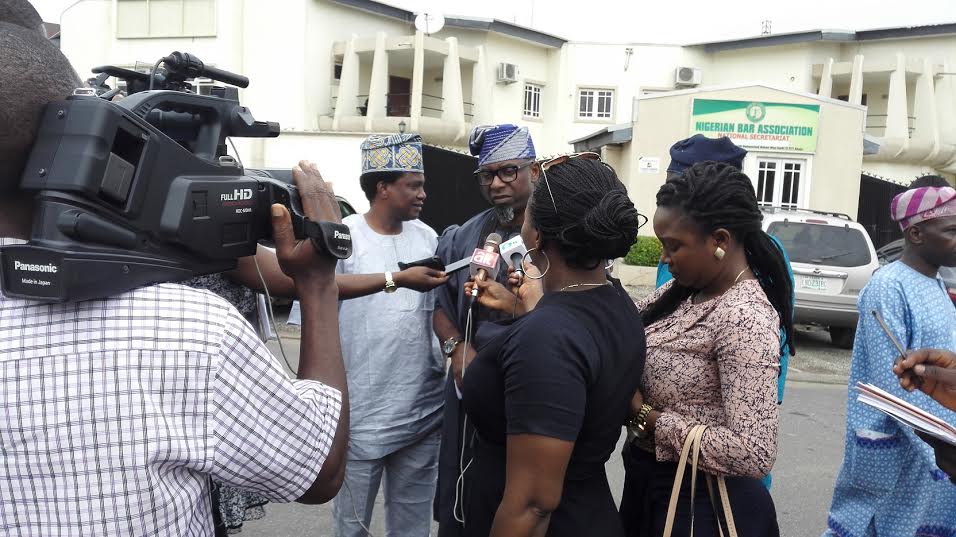