Lagos State Governor, Mr Babatunde Fashola (SAN) on Monday publicly presented the six representatives of the State at the forthcoming National Conference, declaring that the position of the Governors in the South West is to allow their people who want to express themselves to do so distinct from what the political tendencies may be.

The Governor who spoke at the presentation of the six nominees to be led by former federal Commissioner for Works, Alhaji Femi Okunnu (SAN) at Lagos House, Ikeja added that he doubts if Lagos could have had a better set of people to call upon.

He expressed the conviction that in the fullness of time, the colleagues of the representatives of Lagos from the South West will be reaching out to them to examine the areas of common interests that can evolve into areas of common national interests.

While noting that the members of the Committee would have a rich reference in the positions that Lagos agitated at previous Conferences, Governor Fashola urged the members to take a look at the reports that emanated during the 2005 Obasanjo Constitutional conference as contained in materials that would be made available to the members.

The Governor also charged the members to consider the position which Lagos took during the last Senate and House of Representatives Public Sittings on Constitutional Amendments wondering what else the new confab members would be talking about that the National Assembly exercise has not considered.

According to him, the representatives came up after consultations with some of the leaders in the State. He thanked elder statesman, Alhaji Femi Okunnu (SAN) for accepting to serve as the elder statesperson of the state that would champion its cause at the conference.

The Governor said because of the advanced age of Alhaji Okunnu, he would not be expected to commute between Lagos and Abuja unless it became imperative to do so adding, however, that his wisdom, knowledge and experience would be invaluable to the team.

He stressed that he also consulted for a relatively younger generation in choosing the three representatives namely Professor Tunde Samuel, Mrs Funmilayo Oshinowo –Bashorun and Mr Supo Shasore (SAN) to lead the charge in representing the East, West and Central Senatorial districts of Lagos.

He said any keen observer of the direction in which the country is heading would realize that it is not only important to call on the elderly people but leaders who will help steer the ship of the State forward with their knowledge, their experience and their dispositions.

Responding on behalf of the members, Alhaji Femi Okunnu (SAN) said the position of Lagos State on key issues were expounded in 2005 at the 2005 Reform Conference which lasted for six months but was truncated by the third term attempt of President Obasanjo.

He said that the areas which the members will have the opportunity to discuss will include the position of Lagos state on revenue allocation and issues like independent candidacy which allows candidates not to belong to any political party but have the express right to be voted for.

The elder statesman explained that the exclusive legislative list is the bone of contention as it has been growing from year to year, stressing that the members will have the opportunity to look at it as well as areas like housing which is a residual subject but which has become a federal subject due to agitation from Nigerians and land which is a also a residual matter that is not in the exclusive list but has become a federal matter due to several years of military rule.

Prominent among who joined the Governor to receive the members were the Attorney General and Commissioner for Justice, Mr Ade Ipaiye and the Chief of Staff to the Governor, Mr Lanre Babalola.

SPECIAL ADVISER TO H.E ON MEDIA 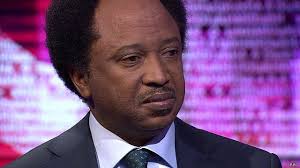