Cristiano Ronaldo has been named the best player in the world for the second time after 2008 by carrying off the FIFA Ballon d’Or award, while German goalkeeper Nadine Angerer has claimed her first women’s prize. Jupp Heynckes, the former coach of Bayern Munich, and Germany’s women’s national team coach Silvia Neid have taken home the FIFA World Coach of the Year awards for men’s and women’s football respectively. The award winners, who were voted for by national team coaches and captains as well as by the international media representatives selected by FIFA and French football magazine France Football, were announced at the FIFA Ballon d’Or ceremony at the Kongresshaus in Zurich today (13 January 2014). The entire voting process was supervised and monitored by PricewaterhouseCoopers Switzerland (PwC).

The 90-minute show marked an emphatic start to 2014 when the focus – as it was during today’s event – will be on Brazil, with the FIFA World Cup™ kicking off there in six months’ time. Brazilian TV star Fernanda Lima and former Netherlands international Ruud Gullit guided the 1,100 guests and TV spectators in more than 180 countries through the show, which featured, amongst others, icons of Brazil’s record five World Cup-winning teams, namely Pelé (1958, 1962 and 1970), Amarildo (1962), Carlos Alberto (1970), Bebeto (1994), Cafu (1994 and 2002) and Ronaldo (1994 and 2002) as well as current superstar Neymar, who in July will be hoping to help secure the Seleçao’s sixth but more importantly first FIFA World Cup title on home soil. Brazilian supermodel Adriana Lima and Swiss-Brazilian rhythm & soul singer Marc Sway provided an additional glimpse of what fans can expect in Brazil 150 days from now.

The FIFA Puskás Award for the “most beautiful goal” of the year as voted for on FIFA.com, FIFA on YouTube and francefootball.fr by football fans from all over the world was also presented. This prize, created in 2009 in honour and in memory of Ferenc Puskás, the captain and star of the Hungarian national team during the 1950s, went to Swedish striker Zlatan Ibrahimović, who scored an audacious, acrobatic long-range bicycle kick for Sweden in a friendly match against England on 13 November 2012. Ibrahimović received  48.7 %of the votes, ahead of Nemanja Matić (30.8 %) and Neymar (20.5%).

During the show, recognition was also given to those who have contributed to the game on or off the pitch. Former IOC President Jacques Rogge received the FIFA Presidential Award from President Joseph S. Blatter in recognition of his tireless work to defend the integrity of international sport. Rogge excelled with his refreshing, intelligent and humble approach to leadership and he put the Olympic movement back on to a safe and steady path for the future. Furthermore, Brazil’s king of football, Pelé, was awarded the FIFA Ballon d’Or Prix d’Honneur for his lifetime achievements.

The FIFA Fair Play Award was given to the Afghanistan Football Federation for upholding the spirit of courage and solidarity against all odds through the after-effects of war, disorder and conflict. Although the country has been ravaged by violence and war in recent times, the Afghanistan Football Federation has continued to build a footballing infrastructure, and has also developed grassroots football and opened up the game to a larger audience, including women and families.

The votes at a glance:

The FIFA Ballon d’Or was awarded for the fourth time tonight following the amalgamation of the FIFA World Player of the Year award with the Ballon d’Or France Football in 2010.

•       147 national team coaches, 146 national team captains and 88 media representatives voted for the FIFA Women’s World Player of the Year award. Nadine Angerer collected 612 points, ahead of Abby Wambach from the USA and Brazil’s Marta, who received 539 and 493 points respectively.

•       183 national team coaches, 185 national team captains and 173 media representatives voted for the FIFA World Coach of the Year for Men’s Football award. Jupp Heynckes secured the award with 1,806 points after he became the first-ever coach to win the treble with a German men’s team, namely the Bundesliga, the UEFA Champions League and the German Cup, ahead of Borussia Dortmund coach Jürgen Klopp with 766 points, and Sir Alex Ferguson, the former manager of Manchester United, who received 711 points.

•       146 national team coaches, 146 national team captains and 88 media representatives voted for the FIFA World Coach of the Year for Women’s Football award. Silvia Neid, who guided Germany, the youngest team at the UEFA Women’s EURO in Sweden, to an eighth continental crown, topped the poll with 1,036 points, ahead of Ralf Kellermann (445 points), coach of the VfL Wolfburg team that won the treble of German championship, German Cup and UEFA Champions League, and Pia Sundhage (430 points), coach of the Swedish women’s national team. 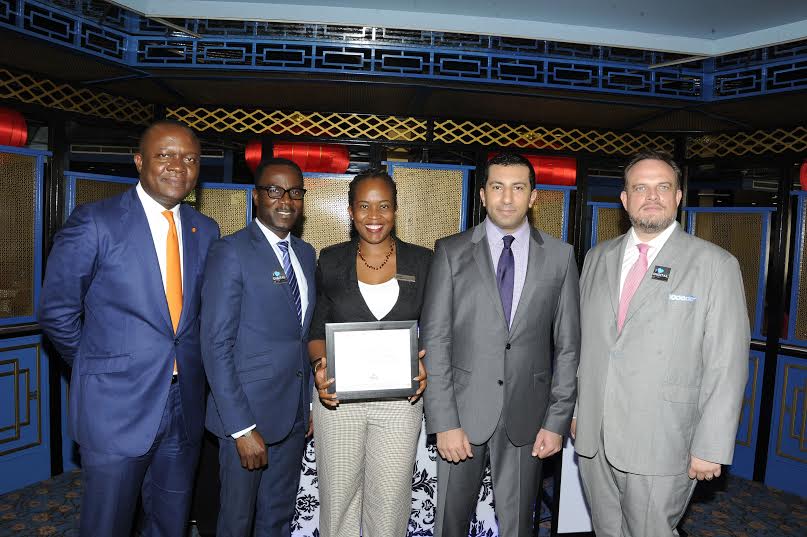 Movie Producer, Charles Novia On Mission to Save Majek Fashek