Nikki Abdullahi, a London based socialite, is in a quandary at the moment. Just when she thought she had found love, fate decided to play a game with her. But Nikki is not finding this game funny in any way. She is running from pillar to post, in her quest to wriggle out of the quandary she presently finds herself.
Nikki, a popular socialite in the South London area, is heavily pregnant with her third child. However, the cheers, which should have greeted this news is deflated by the fact that Nikki’s lover, Muyiwa Akingbade is presently in jail in the United Kingdom. Akingbade was arrested last December and he is on the verge of being deported to Nigeria.

The ELITES gathered that before now, Nikki has two children, fathered by two men. Her college sweetheart was alleged to have fathered her first child. Bayo Ferrari, who is described as a London carpet badger, was said to have fathered her second child. However, Nikki’s affair with Ferrari was short-lived, because it was devoid of genuine love. It was after the crash of the affair that she met and fell in love with Lanre Teriba, (Atorishe), the controversial

Gospel music act. The affair was steamy but it also crashed when Nikky, a British citizen, found out that Atorise was planning to use her to obtain United Kingdom residency permit.
It was after she dumped Atorise that Nikki met Akingbade, another London socialite. Akingbade goes by the sobriquet, Manchester. He is reported to have fathered five children from three different women in London. Described as a compulsive socialite, who likes to be seen everywhere, Akingbade is said to be fond of spraying Fuji musicians, who would then eulogise him to his delight. Short of being tagged a perpetual gate crasher, Akingbade was a regular face at virtually all the parties in South London.  It didn’t matter if he was invited or not, he would find it expedient to attend any party being hosted in the area.
Somehow, on account of his various financial commitments and obligations, Akingbade was always hustling and taking unnecessary risks, in his bid to fund his inflated celebrity lifestyle. He was alleged to have purchased a Vogue Range Rover on hire purchase and went around town showing off his new acquisition. Last December, Akingbade was reported to have gone to one of the branches of Barclays Bank, to open an account. It was gathered that he presented a fake passport, which was detected by the eagle-eyed cashier. The cashier called the police, and Akingbade was arrested. Subsequently, he was tried and jailed, and he is now awaiting deportation to Nigeria.
His love-struck and heavily pregnant lover, Nikki, is said to be running around to secure his freedom. 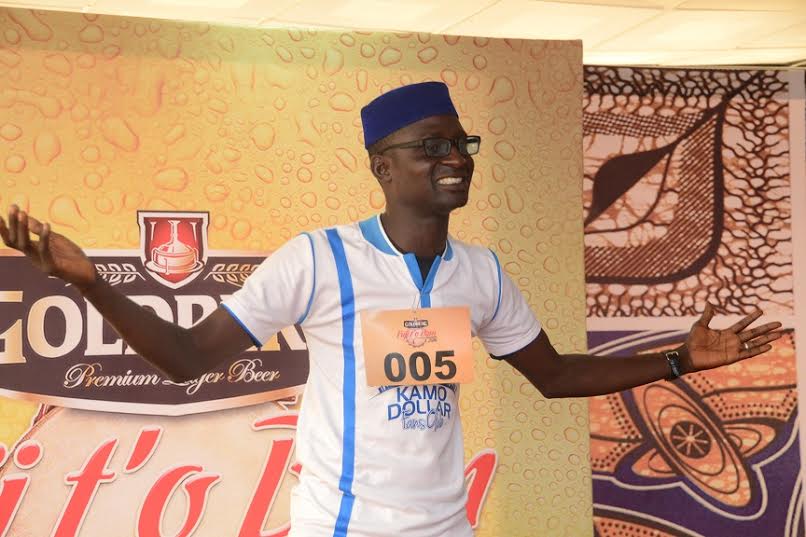 Dokpesi To Gbenga Daniel: I Shall Work With You