A Lagos High Court in Ikeja has fixed February 6 for the arraignment of a major transport firm, Cross Country Ltd, and its Chairman, Mr. Bube Okorodudu, for stealing N82.85m.

They were charged along with Car Link Ltd by the Economic and Financial Crimes Commission to face nine counts of stealing, conspiracy to steal,  forgery and “uttering.”

EFCC alleged that the accused conspired among themselves and stole the money being proceeds of alleged fraudulent sales of 17 units of Volkswagen transporter buses belonging to AG Moeller Ltd.

According to Mr. Francis Usani, who signed the charges on behalf of the EFCC, the accused stole the money from AG Moeller and sold them to other companies between February 13, 2008 and August 14, 2009.

Those which EFCC claimed the buses were fraudulently sold to were GMT Nigeria Ltd; Multichoice Nigeria Ltd; and Law Union and Rock/TFS Finance Ltd. 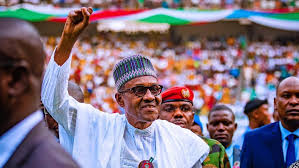