Nigeria’s President, Goodluck Jonathan, has again sacked one of his aides. This time, the victim is the Special Assistant to the President on Social Development, Mrs Aisha Umar.

This development was contained in a statement signed and released on Sunday by the Special Assistant on Media to the Secretary to the Government of the Federation, SSF, Anyim Pius Anyim, Sam Nwaobasi.

However, the press release with Ref No: PPR/OSGF/PR/02, did not state any reason for the action. Her sack takes effect from Monday, November 25, 2013. 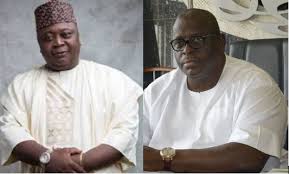 SSS Operative Reveals How Onitsha Massacre Was Carried Out!

Elumelu To African Youth: Your Time For Leadership Is Now