A US judge has imposed restrictions on the agreements technology giant Apple can make with book publishers to prevent it fixing the price of e-books.

The move follows a court ruling in July that Apple conspired with five publishers to control e-book prices.

The judge also ordered Apple to hire an external monitor to ensure it complies with the new rules.

The US Department of Justice, which launched legal action against Apple, said it was “pleased”.

Apple is now not allowed to enter agreements with the five publishers that would allow prices to be fixed. The judgement expires after five years, though the judge can order extensions if necessary.

“Consumers will continue to benefit from lower e-books prices as a result of the department’s enforcement action to restore competition in this important industry.

“By appointing an external monitor to ensure future compliance with the antitrust laws, the court has helped protect consumers from further misconduct by Apple.”

Apple was found to have encouraged publishers to set the price of their e-books, rather than allowing retailers to decide the price.

Prosecutors said this was aimed at Amazon – a rival e-book retailer that charged lower prices than Apple was able to offer.

The publishers were Hachette Book Group, HarperCollins, Holtzbrinck – which does business as Macmillan, Penguin Group and Simon & Schuster.

President Buhari Is An ‘Accidental President,’ Clueless, Unconscious Of Happenings In His Own Presidency- Fayose 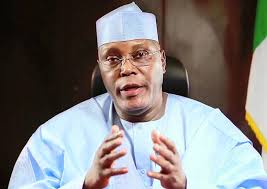