The Chairman of Alimosho Local Government of Lagos State, Hon Olusola Isreal Adekunle has landed in hot soup, and he has been doing everything possible to get himself out of the mess.
Yemojanewsng.com gathered authoritatively that the two term local government boss was caught on camera recently where he had gone with an occult group to engage in some dastard and barbaric act of sacrifice at a shrine after which he bathed naked with some concoction.
Our source revealed that Hon Sola Adekunle is desperately scheming to stay put in office and get a third term ticket after the expiration of his second term.
Meanwhile, we learnt the local government boss sees his Vice Chairman, Mr Adetunji Olalekan as his stumbling block. Infact, we were told that few months ago, some strange marks suddenly appeared Hon Adekunle’s stomach which he told some friends as spiritual attack from his Vice Chairman who he (Adekunle) says is scheming to take over from him.
Yemojanewsng.com learnt it was the discovery of the strange marks that prompted Hon Sola Adekunle to also go on a spiritual warfare.
”Hon Adekunle was introduced to a notorious cult group by an Ekiti State born woman. The woman is a popular witchdoctor.
It was the woman that led him to the occult group in Ijebu Ode in Ogun State”, our source stated.
It was further revealed that during the ritual and sacrifices, Hon Adekunle placed curses on his political enemies (names withheld), while he prayed for favour in the eyes of the national leader of the All Progressive Congress, APC, Asiwaju Ahmed Bola Tinubu, Gov. Rauf Aregbesola of Osun state and few others.
But unknown to Hon Adekunle, the occult group had recorded the whole ritual and captured the Lagos politician while taking the spiritual bath naked.
Yemojanewsng.com was informed lately that the video of the ritual has now landed into the hands of some of Hon. Adekunle’s political enemies and they are threatening to release it to the public.
Hon Adekunle is now running from pillar to post to retrieve the video, but he is yet to succeed.
We called the local government boss severally last week to speak on the issue, but he did not pick his calls. We also sent him a text message which he equally ignored. 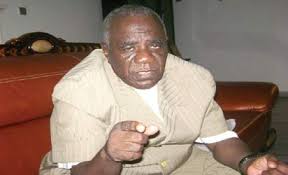 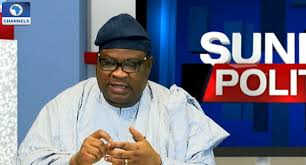