This is definitely not the best of time for one of Island big boys and boss of high flying pub, Eldorado, Bolaji Esho as the dude fondly referred to as Eshman has recently been enmeshed in one controversy or other.

The fun loving, gangling man about town who has been running from pillar to post to save his head from the alleged N48m which his Malaysia based business partner, Samson Ajani is accusing him of embezzling has gotten his fingers burnt again, this time, it’s a serious matrimonial issues.

The Malaysia man, we gathered had entrusted the said money into Bolaji Esho’s care for the purpose of helping him to acquire a vast hectares of land for farming purpose for the past 2 years or more. He has since been granted bail and the matter might be taken to court for legal redress.

Whilst the Eldorado boss is breathing a sigh over the N48m fraud which saw him cooling off his feet for days at the SIB Ikoyi office, the shocking information reaching us has it that, a certain guy has gone to town to claim responsibility of his second born. It would be recalled that, Bolaji Esho’s wife is in the U.S where she’s gone to deliver their second born, the family’s first born is a set of twins.

According to the gist, the guy is said to have gone to see Bolaji’s madam at the hospital immediately she put to bed and his mission, we gathered is not just to congratulate her but to remind her of their “deal”, this according to people in the know has been a shocking news of the year.

Naysayers are ringing it out, loud and clear, that the paternity of the new born is subject to some form of confirmation (DNA) even though Bolaji’s wife is still in the US for reasons not clear. Efforts to reach the man about town, Bolaji Esho were abortive as he refused to pick our calls severally and also didn’t respond to a text message sent to his phone. We shall keep tracking the story. 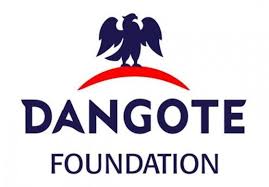