Achievas music and Solidstar sells album distribution right to Obaino music for 22 million naira, it involves only street distribution, Digital distribution will be handled by Universal Music Africa (TheKleek.com), itunes.com, iroking, spinlet.com and Ysghub.com. Album is set to drop in the street by September 26th and digital album will drop officially on October 1st!    Obaino Music who bought the rights to distribute the “Grace & Glory” album spoke through one of their

representatives present at the signing of the deal that they were more than happy and privileged to distribute the
album after listening to it, we just had to put money on it – their spokes person.
Solidstar’s Grace & Glory album will be on sale nationwide from the 1st of October, 2013, the spokesperson for Obiano
Music promised. The 22 track album has 6 tracks produced by Solidstar himself and the super talented isoko man also
worked with various producers to show his versatility.
The album has Flavour, Olamide, Vector, Jesse Jagz, Timaya, Xcellente, Eva and Iyanya featured on it. 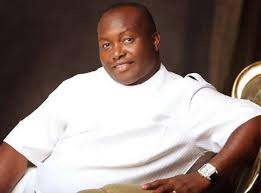