The Ogun State chapter of the Peoples Democratic Party (PDP) is disgusted by the comments reportedly made by the governor of Ogun State, Prince Dapo Abiodun that he is giving the All Progressive Congress (APC) led Federal Government an ultimatum of two weeks to fix the deplorable Sango/Ota-Abeokuta road or he will go ahead and fix it.

The Ogun PDP finds the comments of Mr. governor as, not just laughable, it is outrightly diversionary. It further exposed the fact that the governor, in his usual manner still prefers to play politics with the pains and hardship of the people.

The issuance of a two week ultimatum to the APC controlled federal government only goes to show that the governor was actually playing to the gallery. He was on a voyage of unbridled populism aimed at face saving.

We have a strong conviction that the governor is abundantly aware of the deplorable condition of the road from Sango to Abeokuta. His deputy governor, Mrs Noimot Salako and many other members of his failing government and from Ota and they ply the road to Abeokuta on regular basis.

As a fact, members of the public would recall that the same governor visited the same road last year during the build up to the last charade called local government election with similar photo ops where he promised immediate intervention of the government on that same road. One now wonders, why is Mr govnor coming again pretending to be ignorant of the terrible state of the road? Was he truly expecting people to start clapping for him? What an unnecessary road show!

As a responsible organization, we advice the ruling APC government that antics such as the one put up yesterday would ultimately not safe the government from the wrath of the people. Therefore, the government must begin to realize that the game is up as the people have made up their mind to do away with every shackle and agony the APC represents come 2023.

We implore the good people of Ogun state not to be carried away by the sarcastic threat of ultimatum from an insensitive governor who has abandoned its own duties of fixing an important roads such as the one leading to Ijoko, Akute, Alagbole and other border communities between Ogun and Lagos states for over three years.

Lastly, our great party shall continue to show empathy with comforting words of assurance of equitable distribution state’s resources on quality infrastructural development and promise to deliver the true dividend of democracy that would reposition our dear state to the path of socioeconomic prosperity and abundance when it is voted into power in 2023.

I Did Not Endorse Sherrif As PDP Chair- Ex Presdent Jonathan 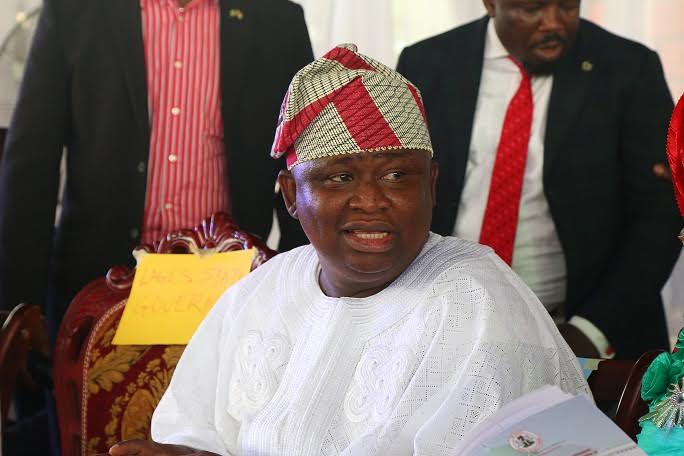