Kayode Lanihun is one guy, whose lifestyle thrives on socialising and all the perks that come with it. He enjoys partying and he is a regular sight at most averagely rated society parties.

But the popular socialite will not be partying for a long time to come. This is because he is presently away in London, where he is receiving medical treatment.

Sources disclosed to us that Kayode was actually flown abroad after he fell into a ditch and sustained injuries. Predictably, the popular socialite was said to be leaving a party venue when he missed his steps and fell into a deep culvert.

He broke his leg in the process and was rushed to an undisclosed hospital in Lagos for treament.
But the severity of his injury warranted that he be flown abroad, for orthopaedic treatment.

On arrival in the United Kingdom, he underwent surgery and he is currently recuperating.

Meanwhile, some of Kayode’s friends swore that he might have had more than a little to drink, hence the fall. But some others claimed his drowsy state of mind on that early morning caused him to miss his step.
However, Kayode’s friends are happy that he is responding to treatment. 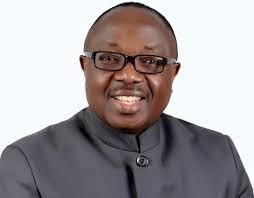