The General Overseer of Christ Citizen Glorious Assembly Church, Pastor Ikechukwu Ezeiru, has been arraigned before the Ebute Meta Chief Magistrate’s Court for allegedly selling the church building and land.

Ezeiru had earlier been brought before the same court for allegedly defrauding a church member, Ifeanyi Ohazurume, of N7m.

The police said on Thursday that the 43-year-old  sold the church building and land on Plots 9A and 9B, Family Estate, Ago Palace Way, Okota, Lagos, after which he absconded with the proceeds of the sale.

The church trustees – Ifeanyi Ohazurume, Stella Johnson, George Ndubuisi and Ozuruonye Onwuka – reported the matter to the police and a manhunt was reportedly launched for the defendant since March 2013 that the incident happened.

Upon his arrest, he was arraigned on three counts of fraudulent sale of property and stealing.

Our correspondent gathered that Ezeiru sold the church building for N7.5m, while the land was sold for N5m.

The charges read in part, “That you, Pastor Ikechukwu Ezeiru, and others at large, being the General Overseer of a church known as Christ Citizen Glorious Assembly Church, Plots 9A and 9B, Family Estate, Ago Palace Way, Okota, Lagos, in the month of March 2013, in the Lagos Magisterial District with intent to defraud, did sell church building and land, property of Christ Citizen Glorious Assembly, represented by the trustees, Ifeanyi Ohazurume, Stella Johnson, George Ndubuisi and Ozuruonye Onwuka….

“That you being the General Overseer of a church known as Christ Citizen Glorious Assembly Church, Plots 9A and 9B, Family Estate Ago Palace Way, Okota, Lagos, did steal the sum of N7,500,000, property of the church….”

DSP P.O. Ogumba and DSP Etim Nkankuk, who represented the prosecution, said the offences were punishable under sections 409, 324, 285 of the Criminal Law of Lagos State, Nigeria, 2011.

The defendant pleaded not guilty and elected summary trial at the court.

His defence counsel, Kingsley Essien, and Oladapo Daniel, asked the court to grant him bail in liberal terms.

However, Ogumba, while refusing the bail application in liberal terms said, “This is the second time that the defendant will be appearing before this court. The first time, he was here on the issues of fraud and false pretences. For this one, he has been in hiding for some time and we had to look for him. We want him admitted to bail in reasonable terms, and not liberal terms.”

Ogumba added that the second count carried a term of seven years imprisonment upon conviction.

The Chief Magistrate, Mrs. A.A. Demi-Ajayi, said she was not ready to be “lectured” on the issue of bail, which was at the discretion of the court.

She said, “It is true that the defendant has a matter pending before this court for which he has not failed to show up. This court sees no reason why he should not be admitted to bail. He is therefore admitted to bail in the sum of N1m with two responsible sureties in like sum. The sureties should be at least 40 years of age, resident in Lagos, with evidence of tax payment, and affidavit of means. The addresses and means of livelihood of the sureties should also be verified.”

‘Nigerians Will Stone Oshiomole If I Reveal His Secrets’ – Orubebe 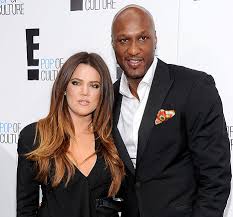 ‘I Will Dump You For Good If You Go Back To Drugs,’ Khloe Tells Lamar

The Church In Nigeria: Silent No More – Godman Akinlabi