Odeyemi, a Prince from Osun State, is one political player, whose experience and knowledge of the Nigerian political terrain place him above his contemporaries and many political players in the country.

One of the products of Odeyemi’s tenacity and prowess in the Nigerian political life and activities is the newly sworn-in Governor of Osun State, Senator Ademola Adeleke as he was one of those, who worked for his victory at the polls few months back.

Today, Odeyemi stands out as one of the backbones of Senator Ademola Adeleke, the people’s Governor, as he will work with him to ensure that the lost glory of Osun, the State of the Living Spring, is fully restored within a short period.

For the records, Prince Mackson Oladiran Odeyemi was born in Ile-Ife on May 21, 1962 to the family of Prince Anthony Omotayo Odeyemi-Sajuyigbe (of blessed memory) who hails from Ibokun in Obokun Local Government area of Osun State. His mother (now deceased) Madam Sarah Olufunmilayo Odeyemi nee Oriowo is from Ilesha.

After passing out with good grades, he went to Ogun State College of Education, School of Basic Studies in Ijebu-Ode for a Higher School Certificate popularly known as (HSC). He was temporarily employed to teach English Language at Ibokun Grammar School but left the employment when he gained admission to the prestigious University of Ibadan, where he read Language Communication Arts.

Diran did his compulsory National Youth Service in Abuja and was first posted to NTA but was later redeployed to teach English Language at Kuje Secondary School.

After his National Assignment, Diran Odeyemi started his journalistic career with the Concord Group of Newspapers in 1988 as he was employed as a reporter covering Ife/Ijesha axis for the grass-root newspaper “Community Concord”

In 1989, Diran contested and won the intra party election as the Public Relations Officer of the defunct National Republican Party (NRC) in Ilesha Local Government.

In 1993, because of his accurate investigative reports, which exposed the massive corruption in the system, especially when the military took over the Administration of Osun State from the then civilian Governor, Alhaji Isiaka Adetunji Adeleke, Diran Odeyemi was banned from the State and was declared a security risk.

His Publisher, Uncle Sam Amuka later declared, “rather than publish the obituary of an enterprising journalist, I will rather transfer him to Oyo State”.

Apparently, destiny was at work for Diran Odeyemi, who on resumption as a correspondent in Oyo State in 1993 and in the course of performing his duties, met Otunba Christopher Adebayo Alao-Akala (then an Assistant Commissioner of police), who later in December 2006 invited him from London and appointed him, first as Special Adviser on Communication and Strategy and later as Special Adviser on Special Duties.

It is pertinent to say that, Diran Odeyemi left Nigeria and relocated to UK with his family in the middle of General Sanni Abacha’s autocracy in 1997 where he continued to do what he love best; writing for various magazines and newspapers including websites. He was the Political Editor of the London-based “Focus Magazine” and a columnist with Nigeriaworld.com.

Diran Odeyemi also wrote a popular weekly column (“England Confidential”) for Ibadan-based “Sunday Tribune” He signed off the column on the 4th of September 2005, precisely six years after he took up the part-time job of Tribune Correspondent in UK.

Diran, in pursuit of knowledge also attended Lambert College, Brixton Hill SW2 London, where he studied Information Technology and Housing Management. He worked as Housing Officer for many Boroughs, the last of which was Richmond Churches Housing Trust in Hampton Surrey, United Kingdom.

Diran has won various awards based on his interesting articles and accurate reports and interviews with the low and mighty both in Nigeria and the UK. He was adjudged the ‘Best Reporter of the Year’ in 1994 by the Nigerian Union of Journalists, Oyo State chapter.

Again, in 1995 he won the “NUJ Award of Excellence and in 1996, because of his immense contribution to the progress of NUJ, his professional body, he was bestowed with “Oyo State NUJ Chairman’s Award”.

Diran has served as the Chairman, Correspondent Chapel in Osun State and has attended many National Conferences of Nigerian Union of Journalists including that of Sports Writers Association of Nigeria (SWAN). 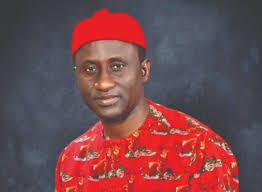