With N2.3 billion, Mr. Akpabio could have built state-of-the-art health centres worth N50 million each and classroom blocks worth N15 million each in all the 31 local government areas of the state, based on National Public Healthcare Development Agency and MDG’s budget figures.

In what appears an act of profligacy, the Akwa Ibom State Governor, Godswill Akpabio, is said to have spent over N2.3 billion on aircraft charter between 2009 and 2011.

PREMIUM TIMES investigations showed that Mr. Akpabio signed a charter deal with Vista Jet, a Swiss Airline Holding Company in 2009. The state’s  Commissioner for Information, Aniekan Umana, however said the jet was hired based on Governor Akpabio’s need.

It is one of the world’s premier luxury private jet charter firms flying clients between any two points on a pay-as-you-go fare structure, like a taxi company.

Between 2009 and 2011, Mr. Akpabio is believed to have made an average of four return trips on a weekly basis within and outside Nigeria with the Swiss luxury jet.

The governor was said to have also used the aircraft like an air taxi to convey members of his immediate family and friends within and outside Nigeria.

A source in the Government House, Uyo, who cannot be quoted because he is not permitted to speak on the matter, told PREMIUM TIMES that a whooping N3 million was paid per trip to the Swiss aviation firm and its Nigerian associates.

The source said, “The governor started using the jet shortly after Arik Air withdrew its services from the Akwa Ibom International Airport due to squabbles associated with the ticket subsidy which the government was paying to the aviation company.

“Arik Air was collecting money for empty seats each time it came in or left Ibom International Airport.

“The ticket subsidy ran into hundreds of thousands of naira on a daily basis with so many people feeding fat on it.

“At a point, Arik still insisted on collecting money from the government, even when its  seats were fully booked and paid for by travelers but the government would not succumb to the blackmail.”

A prominent politician from the state, believed to have interest in Arik Air,  struck the ticket subsidy deal, according to the source.

After the deal broke down, the authorities of the airline withdrew services from the state, the source said.

Known for his glitzy lifestyle, Mr. Akpabio was said to have afterwards made a permanent charter arrangement with VistaJet to convey him, members of his family and important visitors to the state.

“It wasn’t a secret,” he said. “You know our governor is a showman. He was using the Vista Jet to travel all over the world. His family and close friends also used the aircraft anytime they were traveling outside the state.

“The jet was permanently chartered by the government. When the governor had an engagement to attend with his wife and family outside the state, the aircraft was used in conveying them.

“When they were coming back, the aircraft most times brought the wife and children first before going back for the governor.”

With an average of four return trips at the rate of N3 million per trip, Mr. Akpabio spent a minimum of N24million naira per week and N96 million per month to retain the services of the Swiss private airline.

However, in one year, Akwa Ibom State paid a total of N1.15 billion for its gallivanting governor and N2.3 billion during the two years it retained the services of the luxury airline.

During the years under review, Vista Jet virtually ruled the Akwa Ibom airspace. But PREMIUM TIMES was unable to obtain any record showing that the airline paid any fees for using the state-owned airport facilities.

When the airport management approached the airline at the beginning of its operations, it reportedly insisted it had a charter arrangement with Mr. Akpabio and would not pay the required fees.

A reliable source at the airport urged PREMIUM TIMES to request from the airline the receipt of fees it paid for the period it operated in the state.

In spite of the fact that the state receives the highest in Federal revenue allocation, records made available by the Debt Management Office, DMO, show that Akwa Ibom is the most indebted among oil producing states, indicating that a huge chunk of its resources are frittered away by its profligate governor.

During the period under review, Akwa Ibom State had an external debt stock of $61.8 million, while its domestic debt stock is unknown.

Rivers State had a total of $42.7 million, Abia followed with $34.1 million, while Bayelsa and Delta states had $28.7 million and $19.7 million respectively during the same period.

When PREMIUM TIMES contacted the spokesperson for Arik Air, Ola Adebanji for comments on the alleged ticket subsidy scam, he said he was not competent to speak on the matter.

Mr. Adebanji, however, said the matter was now before the Federal Airport Authority of Nigeria, FAAN.

He therefore referred our reporters to the FAAN spokesperson, Yakubu Dati, who he said was abreast with the issues in dispute.

But when contacted, Mr. Dati said FAAN had no right to speak on a matter involving a private airline, which operated from a facility not under the control of the agency.

Mr. Dati said, “As you are aware, Arik Air is a private airline and Ibom International Airport is owned and operated by the Akwa Ibom State Government.

“FAAN does not have any control in any transaction a private airline makes with an operator of a state-owned airport. You may wish to refer your questions to Arik Air and Akwa Ibom State Government.”

Attempts to reach the management of Vista Jet did not succeed, as the company would not respond to a mail sent to it through its official email account.

Between genuine need and profligacy

The Commissioner for Information and Communications, Aniekan Umana, confirmed that Akwa Ibom State Government secured the services of Vista Jet when Arik Air withdrew its services from the state.

Mr. Umana said, “The Government of Akwa Ibom State hired the jet in 2010-2011 based on need, when Arik Air withdrew services from the state.

“Cost also varied on ether pick and drop; or return trip. But the government never hired the jet on a permanent basis.”

The commissioner did not give details of how much the government paid to the luxury airline firm each time its services were used.

Mr, Umana had, however, confirmed to an online news website, Sahara Reporters, that Mr. Akpabio paid N3 million for a single hire.

“At no time did any single chartered flight cost more than N3m or $20, 000,” the commissioner was quoted to have said, thus confirming what a source at Ibom International Airport told PREMIUM TIMES.

On the high debt profile of the state, Mr. Umana said given the gargantuan projects embarked upon by his principal, it was not out of place to owe.

But analysts believe that if the N2.3billion wasted on air travel by Mr. Akpabio was put to better use, jobs could have been created and thousands of the state’s residents lifted out of poverty.

To determine what the N2.3 billion could have done for the people of Akwa Ibom State if Mr. Akpabio were prudent, PREMIUM TIMES consulted a development expert and Country Director, Action Aid Nigeria, Hussaini Abdu, for comments.

In a response to PREMIUM TIMES inquiry, Mr. Abdu insisted that even though he was unable to verify the source or veracity of our data, the N2.3 billion alleged to have been spent on jet hire was enough to be shared to the 31 council areas in the state with each going home with N74 million.

“This means that each of the local government areas could have constructed one health center at the cost of N50m (using the current budget figures from the National Public Health Care Development Agency) and a standard classroom block at the cost of N15m (using the average cost by the MDG projects),” Mr. Abdu explained.

“Clearly this sum would have paid for these poverty eradication and people-centered projects in each local government area of the state with change to spare.”

Lagosians Can Now Own Their Homes- LBIC Boss 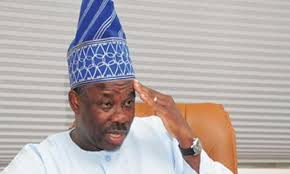