The office of the National Security Adviser and the Ministry of Finance gave full approval for the purchase of N255 million two armoured cars for aviation minister, Stella Oduah; but both offices were misled by Coscharis Motors, the supplier of the cars, into believing the cars were meant for last year’s National sports festival in Lagos.

While the National Security Adviser, Sambo Dasuki, approved the importation of the security vehicles and issued the End User certificate without knowing they were meant for Ms Oduah; finance minister, Ngozi Okonjo-Iweala, approved a huge waiver of import charges totalling N10.1 million.

Insiders in the office of the NSA had exclusively told this journal that the office did not approve any end user certificate for armoured cars procured for either Ms. Oduah and the Nigerian Civil Aviation Authority, NCAA.

In official correspondences, it appeared both officials were led to believe the two cars, which in fact were for Mrs Oduah, were required by the Lagos state government as part of 300 cars needed for the 2012 National Sports Festival hosted by the state, according to testimonies at Wednesday’s hearing of the House aviation committee investigating the car scandal.

Lawmakers fumed at the deceitful scheming by the car supplier which swindled Nigerians of millions and breached Nigeria’s customs and security regulations but went without detection by the NSA or the finance ministry.

Details of how Coscharis used the Lagos sports festival as a cover to deliver the armoured cars for Ms. Oduah were first provided by the Nigerian Customs on Wednesday.

A deputy comptroller general, Manasa Jatau, the Customs could not act against the importation or charge any fee because it was provided the clearances obtained from the two key offices that should grant approval.

“The importers did not refuse to pay duty. They had a waiver,” Mr Jatau said.

Mr. Jatau did not say why Coscharis was allowed to continue to import cars with a clearance granted it for the sports festival that ended in 2012.

The Lagos state government had applied to President Goodluck Jonathan-as only the president has the powers to grant waivers-through the finance minister, seeking concessions for “300 units of BMW, Ford, Land Rover, Range Rover, Lexus, Mercedes, Escalade, Jaguar, and Buses” for the sport festival.

In her approval of November 12, 2012, signed on her behalf by Rose Maranzu, the director, revenue, Mrs Okonjo-Iweala conveyed the “approval of Mr President and Commander-in-Chief to Lagos state government for waiver of import duty, Value Added Tax, ETLS, CISS and other port charges….” on the cars.

But in what is clearly an unethical business practice, Coscharis proceeded to hide under the cover of the waiver granted it for the sports festival to sneak in armoured vehicles for the aviation minister and other clients.

The shocking revelation of what appears the car supplier’s swindling tactic has added a new twist to a controversial transaction that has infuriated Nigerians for more than two weeks.

It also underscored just how effectively government machineries can help spot violations if well utilized. In this case the finance ministry and the NSA missed the signs of abuse by Coscharis.

Cosmas Maduka, the chief executive and founder of Coscharis Motors, said Lagos state came into the mix through what was not an unusual arrangement.

The condition was for the government to provide waiver for the company to import new cars as replacement for the ones used. The used cars will then be sold off immediately they are returned.

The letter from the Lagos government to the ministry of finance for waiver was in keeping with that commitment.

As it turned out, the memo provided a cover for the two armoured cars for Stella Oduah-the Nigeria Customs service said the armoured cars were actually three.

At the hearing Wednesday, the car firm, Coscharis came under a barrage of criticism from lawmakers despite its claim it followed all rules, and did not inflate the cost of the armoured cars as widely believed.

He said attacks on his company, and the entire controversy over the car deal were “politically motivated.”

The company’s claim that its price was fair, was deflated by a member who said he received a quote for the same car from an American firm at nearly half the price.

The committee also accused Coscharis of possibly importing fairly used cars, saying the cars its members inspected at on Tuesday were different from those listed in the series of communications between Coscharis and the Nigeria Civil Aviation Authority, NCAA.

But the firm said since it did not inspect the cars with the House members, it cannot say whether that was the car they delivered to NCAA. The NCAA too could not explain the disparity. 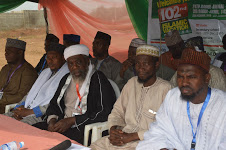 ‘We Can Scrap Senate’- Gov Fayemi