One of the most prominent entertainment companies in the country, Flytime Promotions has honoured
the Director General of the Nigerian Tourism Development Corporation (NTDC), Chief Folorunsho Coker, with Flytime Achievement Award at the Flytime Music Festival, which held at the prestigious Eko Hotel and Suites on Thursday December 22, 2022.

The award is coming as a recognition of the contributions of Chief Folorunsho Coker to the development of the entertainment and tourism industry in Nigeria.

As DG of NTDC, Coker is credited with notable and revolutionary innovations that have repositioned the tourism industry in Nigeria, and promoted the nation among the comity of countries with creative initiatives in the sector.

Since he was appointed as the Director General Nigerian Tourism Development Corporation, NTDC he has continued to bring development with an ambitious attempt at making Nigeria a major destination for tourism, hospitality, arts and entertainment in Africa.

Chief Folorunsho Coker, (the Baba Eto of Yorubaland), popularly known as Foli Coker, is a renowned hospitality and Tourism Entrepreneur with years of experience as a public administrator.

He is currently serving for the second term as the Director General of the Nigerian Tourism Development Corporation.

Born on 27th July, 1965 to the Lagos families of Coker of Olowogbowo and Agoro of Idumota.

Owner of the famous Lacasa brand, Chief Folorunsho Coker was a very successful business entrepreneur before his Public Service Career began in 1999.

Prior to his present appointment, he served Lagos State Government in various capacities including; as Principal Aide to His Excellency, Governor Asiwaju Bola Ahmed Tinubu, Deputy Chief of Staff to the Governor, Founding Chief Executive Officer of the Lagos State Number Plate Production Authority and as the Special Adviser to the Governor on Central Business Districts.

As the Lagos State Commissioner of Tourism, Arts & Culture, he established a tourism roadmap for the state that aimed to re-tell the story of Lagos through the “ONE LAGOS” brand.

It was hugely successful with a very strong digital strand. The financing model was very private sector oriented and shows how government can partner with the private sector to deliver on its tourism agenda.

Chief Coker is the brain behind hugely successful and unequalled “One Lagos Fiesta.”

He has also partnered with digital powerhouses like Google, Facebook and Wikipedia to leverage on their platforms and digital reach to drive Domestic Tourism awareness and promote the best of Nigeria locally and internationally. His ‘can do’ attitude and focus has resulted in an expansion of the Corporation’s organogram energizing staff of the Agency for better performance at their tasks.

Chair Folorunsho Coker likes to spend quality family time at home or travelling with his family. He is blessed with children.

This year’s edition of Flytime Music Festival is the third edition of the number 1 standup Music concert.

Talented and famous artists such as Asake, Wizkid, inDBanj, Zlatan Ibile Erigga, Victor AD, and Real Warri Pikin, thrilled the audience with music and dance at the Flytime Music Festival.

Rave of the moment and the most in-demand Afrobeats artist of 2022, Asake dazzled fans on the 1st day of his headline show at Flytime Fest Lagos.

On Thursday 22nd December 2022, the gorgeously decorated hall of the Eko Hotel was filled to capacity with the VVIP and VIPs all placed in comfortable positions and chairs.

The sold-out show was the first day of Asake’s headlining performance at the Flytime Fest and it was the most electrifying concert as Asake dazzled fans with a selection of his hit songs. 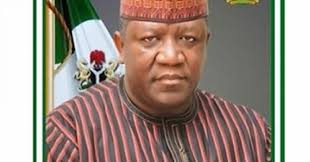 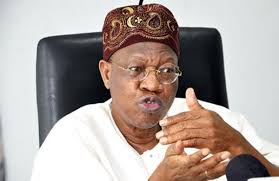