FCMB Group Plc has released its financials for the first quarter ended 31 March, 2014, reporting a profit before tax (PBT) of N5.6 billion, up 15% from N4.8 billion for the same period prior year.

The Group reported improved earnings growth in Q1 2014, in spite of the challenging regulatory environment. Net revenue rose 16% to N22.3 billion over prior year, due to growth in earning assets, improved funding cost and the growing contribution of retail banking activities, which compensated for the decline in unit commissions on turnover.

Loans and advances also grew 50% year-on-year to N493.7billion. This growth was supported by our retail business that witnessed a 90% loan growth, from the same period in 2013, to N105.4 billion in 1Q 2014. The retail and business banking segments combined, now accounts for 33% of total risk assets.

FCMB Limited, the banking subsidiary, continues to improve on its profitability and efficiency ratios. In the recently released Q1 2014 financial statements, the bank achieved a higher Net Interest Margin of 8.8% with a healthy loan to deposit ratio of 71.8% as well as a more efficient cost-to-income ratio of 68.9%, indicating steady improvement in profitability.

Commenting on these results, Mr. Peter Obaseki, Managing Director of FCMB Group Plc, had this to say:

It is also noteworthy that the investment banking group’s contribution to the Group’s pre-tax profits increased in 1Q14. FCMB Capital Markets Limited and CSL Stockbrokers reported pre-tax profits of N198 million, 128% higher than the same period in 2013.”

“The commercial & retail banking arm of the Group made a profit before tax of N5.5 billion up by 13% from the profit of N4.8 billion in the first quarter of 2013. On our statement of financial position, total deposits increased by 9%, growing from N628.4 billion in 1Q13 to N687.3 billion in 1Q14, but fell by 4% from the December 2013 figure of N717.4 billion due to expected reductions in wholesale deposits.

Net interest margin continued to climb to 8.8% on the back of the robust retail loan growth, whilst Return on Average Equity for the commercial and retail banking activities rose to 14.9%. We expect margins, profitability and efficiency ratios to continue to improve in spite of the challenging regulatory environment.” 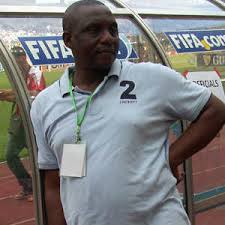 15 Former African Presidents Back Adesina, Tell US Not To Distract Him

‘How To Restore Peace In Idumuje-Ugboko Community’ – Iyase